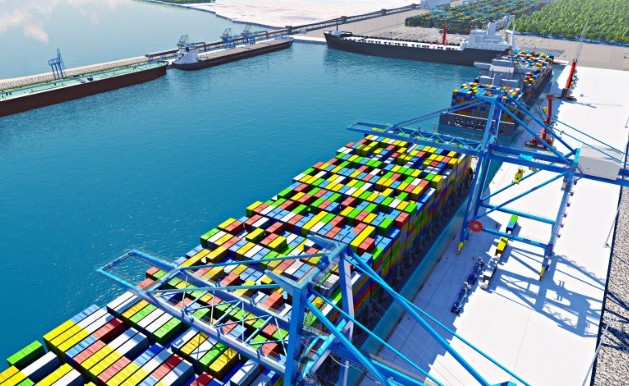 The Brazilian government has given the go-ahead for industrial group Imetame Logística to build a port complex in the south-eastern state of Espírito Santo.

The Department of Coordination and Governance of the Patrimony of the Ministry of Economy Union (SPU/ME) authorised the company to build, install and operate the private port complex.

Imetame will invest R$1.7 billion ($335 million) in the port, located in Aracruz in the state of Espírito Santo.

The port will have at least three terminals and the potential to reach one million TEU per year.

Upon completion, the site will be an option for the flow of grain production; provision of support services for cargo import and export; loading and unloading of containers, vehicles, solid, liquid and gaseous bulks; and offshore support.

From the signing of the contract – which will be signed between the SPU and Imetame – the company will have a period of four years to complete the implementation of the port.

Cristiane Marsillac, Head of the Logistics Division at Imetame, said the port will have a depth of 17m, allowing the complex to receive the largest vessels in the world.

Mauro Filho, Coordination and Governance Secretary of the Heritage of the Union, commented, “It’s a project that will benefit citizens and boost the economy.

“In addition to the direct and indirect jobs created during the execution of the works, the expectation is the implementation of about 25,000 jobs in the port and logistics production chain after the beginning of the port’s operational activity.”

Union Heritage superintendent in Espírito Santo, Mauro Peacock, added, “Through the operational attributes, this action will allow the port to be placed as a route to receive large ships, attracting new investments and touting the foreign trade.”