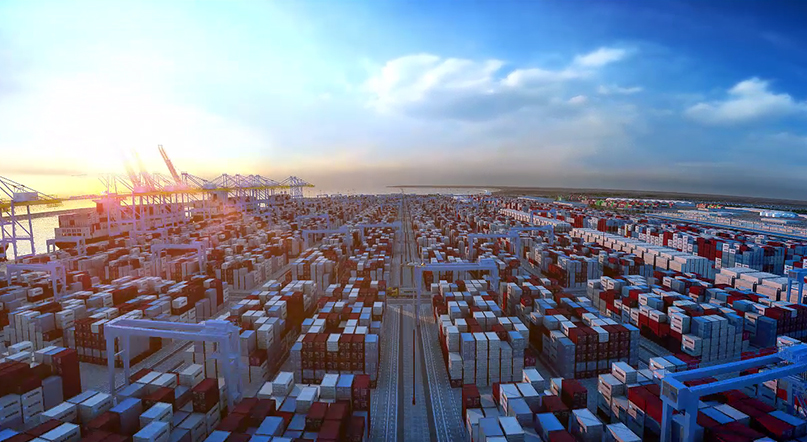 Bolloré Ports and Terminals facilities will need to hit a 50% compliance target against new criteria in a Green Terminal certification scheme launched by the operator.

The Green Terminal label, announced by Bolloré in June, will partner with certification firm Bureau Veritas to audit the environmental performance of Bolloré terminals annually.

The label will assess the terminal’s green performance against eight select criteria including building infrastructure, digitalisation and cargo-handling equipment.

This leap into environmental auditing by Bolloré is one of the first of its kind in maritime as ports and terminals globally look to drive down emissions to hit greenhouse gas (GHG) reduction targets.

Bolloré Ports, which operates a number of major container terminals in Africa as well as Asia and the Americas, told PTI the process began prior to 2019.

Olivier de Noray, Managing Director, Bolloré Ports and Terminals, told PTI the certificate goes beyond the ISO requirements which do not yet specify the levels of environmental performance to be attained.

“It has to take environmental issues into account through a concrete action plan that responds to each of the eight pillars of the certification process while maintaining an excellent level of operational execution.”

Bolloré’s scoring system will provide four levels of certification: “Those terminals achieving a score of over 50% will then be awarded a certificate to demonstrate their conformity. 50% is the minimum score required, and 90% the threshold for the greenest terminals,” de Noray noted.

All new Bolloré infrastructure investments are based on recognised standards: EDGE certification created by the International Finance Corporation (IFC) to create a 20% improvement in energy, water, and materials used against local construction practice; Sustainable Forestry Initiative (SFI) standards; and ISO 14001, amongst other standards, de Noray explained.

The operator is aiming to connect all terminals to reliable electricity supplies with sufficient capacity to operate on a continuous basis, de Noray continued, adding that the operator intends to build resiliency that eliminates all sources of backup power that use fossil fuels.

“We are also looking at battery packs, but the electrical power requirement to supply all the installations in a terminal is too great for us to be able to consider this solution as a main source of energy at present,” he added.

De Noray said that “considerable progress” has been made in the operator’s cargo-handling fleet so far to reduce GHG emissions.

Between 2019 and 2020, electric handling equipment resulted in a 11% reduction in GHG emissions, with the fall expected to continue in the coming years.

He added that the recent development of 100% electric tractors will accelerate the operator’s green transition.

“Every new Bolloré Ports project incorporates investment in environmentally responsible solutions to replace energy derived from fossil fuels. These can be used in all terminals, with the exception of reach stackers which do not yet have alternatives to fossil energies,” de Noray said.

“We are also working to equip our whole network with an e-payment system interfaced with the internally developed IES web portal. In addition, we are digitising all of our processes to implement the zero-paper policy within our network,” he said.

The operator’s digital Cargo Community System, centralising administrative and customs documents to reduce customer travel, will be supported by the terminals’ WiFi and 4G/5G networks which will allow customers to seamlessly communicate in real-time and improve efficiencies.

“By connecting these technologies to our entire network of reefer containers, we are also able to manage their power supply as precisely as possible in order to smooth and reduce their electricity consumption while complying with temperature control obligations,” de Noray explained.

Bolloré is currently working on a data lake project called ZIWA, storing all terminal data in the could to use Artificial Intelligence management tools and enabling the operator to develop algorithms to systematise and prioritise terminal decision-making in reducing carbon emissions.

“These new technologies are enabling us to push ahead with our goals to reduce our carbon footprint by optimising movements, collections and deliveries of containers,” de Noray said.