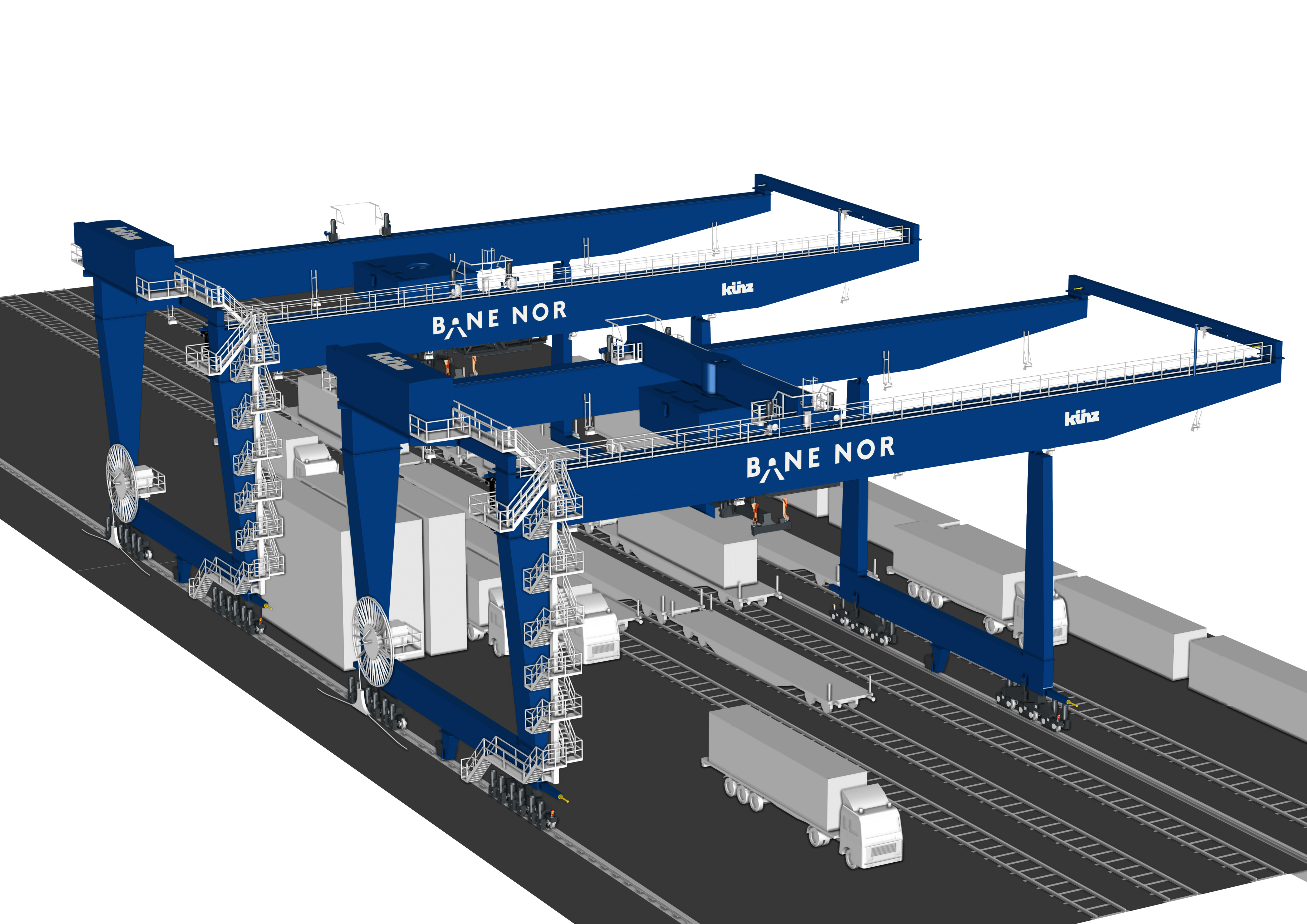 Kuenz has been awarded a contract by Bane NOR for the delivery of two brand new semi-automated RMG cranes for Alnabru Intermodal Terminal, Norway.

The cranes will be delivered in the second quarter of 2022.

Bane NOR is responsible for the management of the national railway network on behalf of the Ministry of Transport and Communication as well as for the railway terminals. Near Oslo, Alnabru Intermodal Terminal is a very important logistic hub that handles more than 450.000 TEU per year.

The two existing cranes, which are over 30s year-old, will be replaced by two brand new Kuenz semi-automated RMG cranes without cabin: the cranes will be operated by the terminal operator from a Remote Operating Station (ROS), which will increase the terminal’s productivity at lower costs while improving safety via a dedicated concept and an efficient cameras system.

This has already been successfully implemented on many Kuenz intermodal RMG cranes in Europe and the US.

Both Kuenz RMG cranes will feature a non-spanned double girder, a rail span of 32,52 m with one single cantilever of 12,8 m and will be equipped with a piggyback spreader. A TOS/CMS interface will allow both reliable data flow and tracing.

Vincent Pelletier, Area Sales Manager at Kuenz, said, “Bane NOR has placed its trust in Kuenz due to the quality of our cranes, our wide and long experience in the intermodal market and the proven automation solutions dedicated for intermodal terminals, Alnabru Terminal handling more than 90% of swap bodies and trailers.

“Kuenz has implemented automation in the intermodal world and has the most references in the industry. Many cranes around the world are running very successfully since many years in intermodal terminals in Europe and the US,” he said.

“We at Kuenz are delighted to participate in the modernisation of Alnabru Intermodal Terminal and further strengthen our presence in Scandinavia after having already delivered 2 cranes to Stockholm and two others to Malmö in Sweden.”

Civil works and cranes’ assembly will take place more or less at the same time i.e. the cranes will be assembled on a dedicated area not far away from their rail track. Once the new rails installed, both cranes will be moved via a Self-Propelled-Modular-Transporter (SPMT) onto the rail track, almost ready for operation.