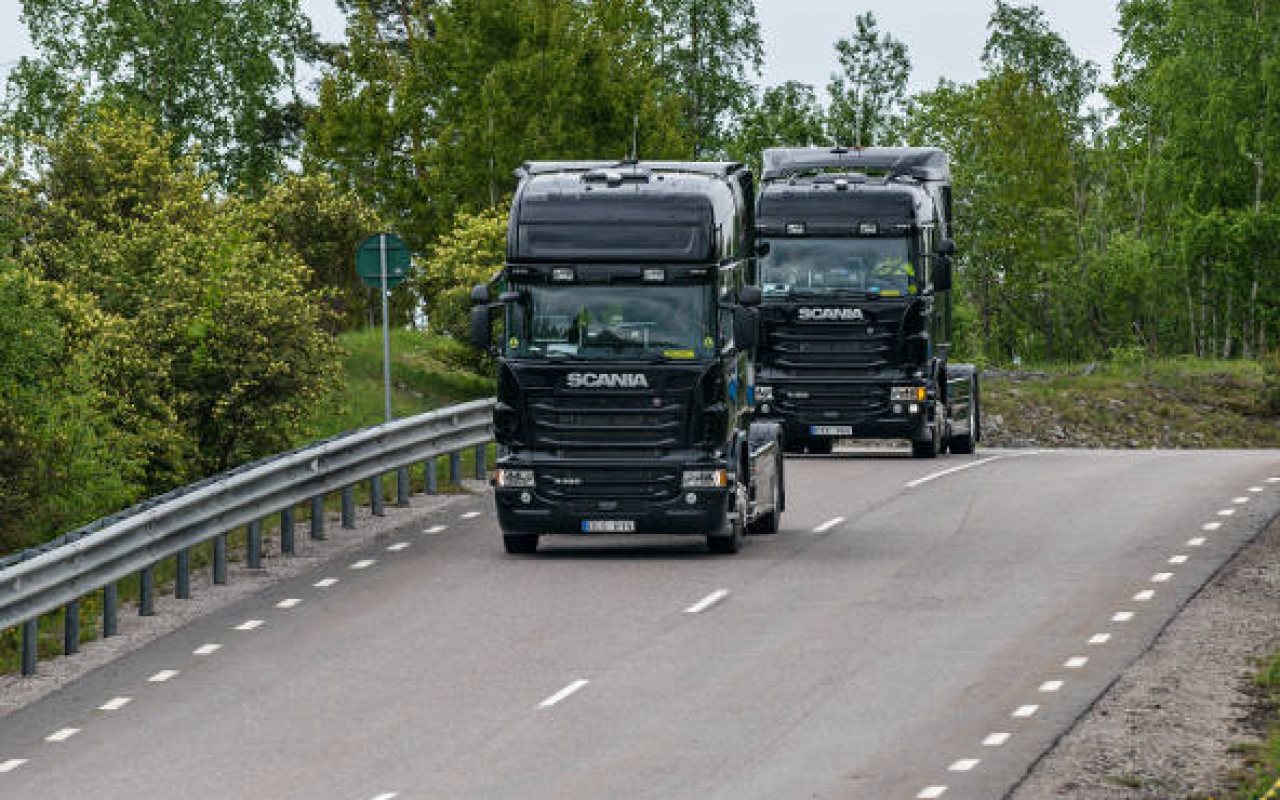 Scania and Toyota Tsusho are developing an autonomous truck platooning system for use on Singapore's public roads which will eventually take over freight transport.

The Ministry of Transport (MOT) and PSA Corporation have signed agreements with the two automotive companies today in order to develop truck platooning, which involves a human-driven lead truck leading a convoy of driverless trucks.

Scania and Toyota were shortlisted based on the quality of their proposals and strong track records in both truck manufacturing and the development of self-driving technology.

Both companies will be working to develop technologies through the Singapore trials, taking place in two phases over a three-year period from January 2017 to December 2019, to enable heavy vehicles to move in leader-follower formation.

The trucks will eventually transport containers from one port terminal to another through a fully automated process that will take over the docking and undocking of cargo.

The PSA is aiming to make the port more competitive through efficient freight movement and will tackle its shortage of manpower through truck platooning, allowing more freight movement to be conducted at night to ease traffic congestion.

Pang Kin Keong, Permanent Secretary for Transport and Chairman of the Committee on Autonomous Road Transport in Singapore (CARTS), said: “Trucking as we know it today is a highly labour-intensive industry. We face a shortage of truck drivers.

“In this regard, truck platooning technology presents us with an opportunity to boost productivity in both the port sector and the trucking industry. It will also open up opportunities for truck drivers to take on higher-skilled roles as fleet operators and managers.”

Formed in August 2014, CARTS is working to develop and deploy self-driving technology in Singapore for:

Ong Kim Pong, Regional CEO Southeast Asia, PSA International added: “As PSA prepares for our future terminals at Tuas, it is timely that we move on to the next steps in developing autonomous truck platooning technology.

I am excited by the progress being made, as it underlines our joint commitment to being future-ready, while also helping us continue to serve our customers better through fast and efficient inter-terminal container movement.”

The first phase of the trial last about a year and will focus on designing, testing and refining the truck platooning technology to adapt to local conditions.

The trials will be conducted by Scania and Toyota in their respective research centres in Sweden and Japan.

Depending on the outcomes of the phase one trials, MOT and PSA Corporation will then select one of the companies for phase 2, which will consist of local trials and some development of the technology in Singapore.

A 10-kilometre long test route along West Coast Highway has been designated for the phase two trials, initially involving inter-terminal haulage between Brani Terminal and Pasir Panjang Terminals, and may eventually be scaled up for haulage within the port area, as well as between Pasir Panjang Terminals and Tuas Port.

Scania, one of the world’s leading manufacturers of trucks and buses, has led a three-year European research project to develop a system for implementing pioneering truck platooning technology on roads.

Toyota Tsusho, the trading arm of the Toyota Group with involvement in projects worldwide related to the automotive sector and renewable energy, has been awarded funding by Japan’s Ministry of Economy, Trade and Industry to conduct trials on truck platooning technology.

This has been in an effort to raise energy efficiency and reduce emissions within the transport sector, while enabling the country to address its severe shortage of truck drivers for the logistics sector.