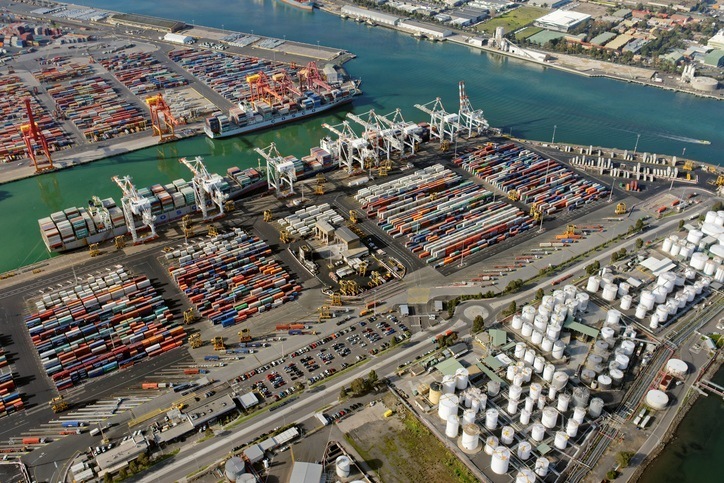 The Australian government and the State of Victoria have said the improved rail connection to and from the Port of Melbourne will unlock more private sector co-investment and improve the country’s supply chain.

In a statement the State of Victoria said its investment of A$9.7 million ($6.9 million), along with the federal government’s $18.3 million ($13.1 million) will remove congestion around the Port and make freight transportation cheaper.

The investment also includes the development of Australia’s largest intermodal terminal, on which the federal and state governments are working with Salta Properties.

A new track will connect the terminal to the Port of Melbourne’s $125 million ($89.7 million) on-dock rail project, allowing shuttles to run from Dandenong South directly into the port.

The new connection is the “next step in delivering the Port Rail Shuttle Network,” according to the State government. Additionally, it will cut transport costs for freight by as much as 10% and cut the number of lorries on the road by approximately 100,000.

Deputy Prime Minister and Minister for Infrastructure, Transport and Regional Development Michael McCormack said: “We are backing this vital freight rail connection to support Melbournians through the pandemic and unlock private sector investment and economic growth into the long-term.”

McCormack said the new rail line will not only see fewer vehicles on the road but “support hundreds of jobs during construction and as [art of the terminals ongoing operations.”

“The focus of our government,” he said, “is getting people in jobs and our industries open and ready for business as we continue to deliver our record 10 year, $100 billion land transport infrastructure pipeline to lay the foundations of a financial bridge to recovery on the other side of COVID-19.”

“This is a massive win for both motorists and industry, as we continue to reduce congestion and make it easier and cheaper for businesses to use rail freight,” Ms Horne said.

“We’re making rail freight a more attractive option for businesses, and this investment means containers can be transported by rail the entire way from the Port of Melbourne to Dandenong South.”

“It will reduce congestion at the port gate and cut the high cost of the last mile that so often disadvantages containers moved by rail.”

The project is part of the Victorian Government’s work to continue supporting the Port of Melbourne, which contributes A$6 billion ($4.31 billion) to the Victorian economy each year and is a crucial part of the State’s supply chain.