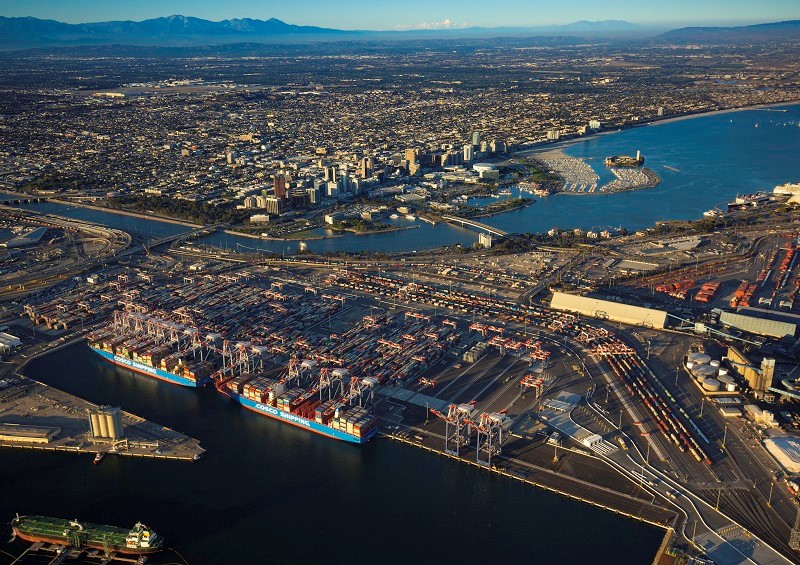 Disruptive supply chain events such as COVID-19 outbreaks at the Port of Yantian in China and Vietnam have caused a domino effect that has led to unprecedented volumes of cargo.

During a press conference on 5 August, Port of Long Beach Executive Director Mario Cordero said that the fallout of the global pandemic is still a concerning global issue.

“That kind of disruption in the ports of origins in Asia has a domino effect,” Cordero said in the port’s first ever online press conference.

“Any disruptions in the supply chain will have an impact [on our throughput]. This is not over, with the Delta variant impacting Vietnam and China,” he added.

Cordero said he does not anticipate the unprecedented cargo surge to diminish any time soon, arguing that the state of California alone is set to be the fifth largest economy in the world with an annual GDP of $5.3 billion.

The forecast for the ports of San Pedro Bay – Port of Long Beach and Port of Los Angeles – is that some 19 million TEU will be moved annually through their facilities in the coming years, Cordero said.

The Port of Long Beach continues to see sky-high volumes of cargo, handling a record number of containers for the month of July. It handled 784,845 TEU in July, a 4.2% increase compared to July 2020.

With the July result, the Port of Long Beach has broken monthly cargo records in 12 of the last 13 months.

Cordero noted that terminals will be in a “full court press” to meet consumer demand for the upcoming holiday season, as the port forecasts breaking its 2020 TEU levels of 8.11 million TEU.

“We have entered a new normal. With [this] kind of dynamic of trade within the state, a new normal is now being brought to us. I don’t see that number diminishing in the years to come. We need to think about how we operate with the models of tomorrow, as opposed to the models of yesterday,” he said.

The port will hold a press conference on 20 August to open its new Long Beach International Container Terminal, adding a capacity of up to 3.5 million TEU annually at the port.

The $1.5 billion zero-emission terminal would be the sixth largest port in the US on its own, Cordero added.