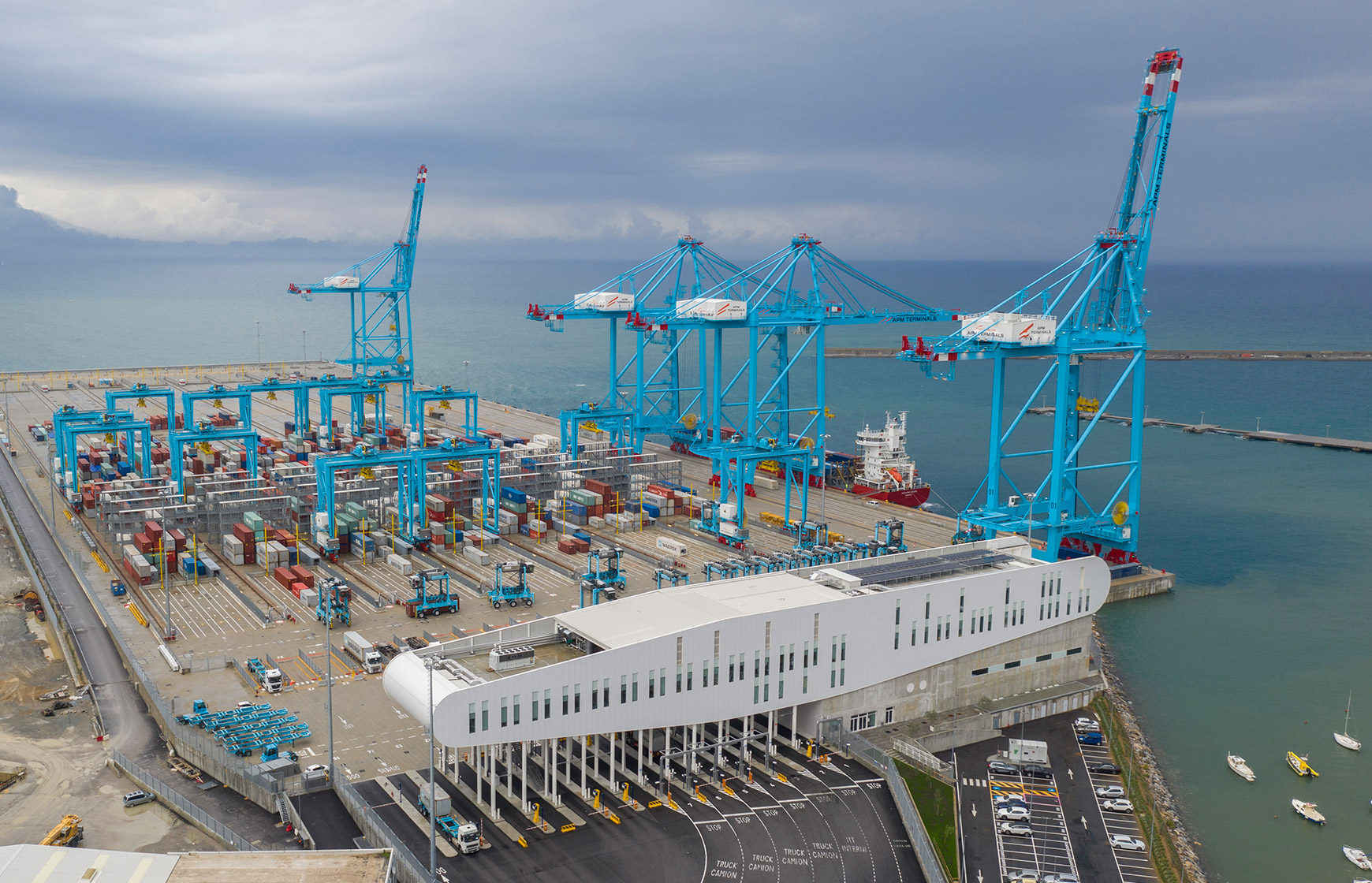 APM Terminals (APMT) has unveiled a new shuttle service between its new, semi-automated deep-sea terminal at the Port of Vado Ligure, Italy, and the COSCO-owned Port of Piraeus.

The terminal operator said the new VAX service will improve connections between Vado Ligure and the main line services from Piraeus to and from the Far and Middle East, India, Oceania, Turkey and the Eastern Mediterranean. The 700 TEU MV Atlantic South feeder vessel was the first to use the service earlier in October 2020.

APMT’s terminal at Vado Ligure is the first semi-automated hub in Italy with a fully automated gate and stacking yard. A joint venture with COSCO Shipping, the 700m deep-sea berth is capable of handling the latest Ultra Large Container Vessels (ULCVs) and up to 1.1 million TEU per year.

Piraeus is the Mediterranean hub of COSCO SHIPPING and Diamond Line, part of the COSCO SHIPPING Group that manages all intra-European connections. A key priority for this new connection, is the transit-time speed between the two container terminals, connecting Vado Gateway with the main lines to and from the Far and Middle East, India, Oceania and the Eastern Mediterranean.

Paolo Cornetto, CEO of APM Terminals Vado Ligure, said: “Being able to welcome COSCO ships to Vado Gateway is a source of great satisfaction and pride for us.

“The launch of this new connection firms up the partnership started in recent years and marks a milestone in the growth path of our airport and in its positioning in the Italian and international market”.

“And we are proud and strongly motivated to demonstrate to the market that COSCO Ports and APM Terminals will bring considerable advantages to our cluster. Moreover, the start is very promising since the ship was fully loaded both inbound and outbound.”

The Vado Ligure Port complex is accessible via 14 reversible gate lanes, and truck turn times at terminal are kept to a minimum and greater flexibility is offered through an advanced appointment system, TERMPoint, available online or via an App.

A new off-dock rail facility for both port terminals (4 lanes, 450m length) provides rapid access for up to 14 trains per day, to central and northern Europe such as Switzerland, Germany and France, as well as regions in Northern Italy, such as Lombardy, Piedmont, Veneto and Emilia-Romagna. APM Terminals Vado Ligure has set itself a target of moving 40 percent of containers arriving or departing from Vado Gateway by rail.