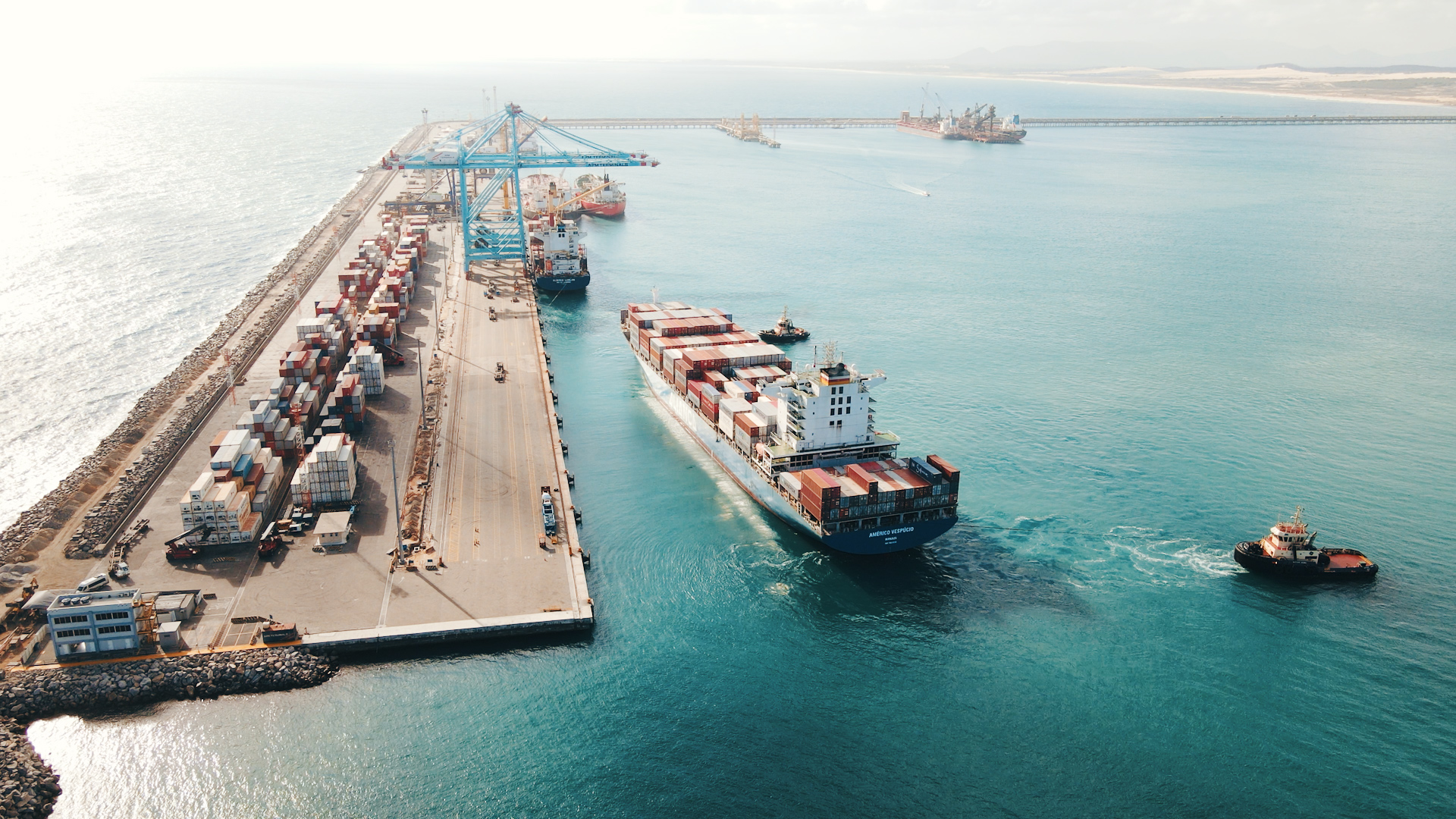 This marks the facility’s second consecutive year of two-digit growth in the container sector. This was primarily driven by a surge in refrigerated cargo exports, which grew 21 per cent over 2020.

Cabotage moves in the terminal also grew by 6 per cent, with more than 350,000 TEU being handled throughout the year. Refrigerated cargo boosted this strong growth.

Currently, the terminal offers six cabotage lines connecting South Brazil to the Northeast and Manaus, cementing its strategic position in the handling of cabotage cargo and long haul.

Furthermore, long haul shipments saw growth of 31 per cent compared to 2020, recording more than 75,000 TEU in the year. These accounted for 18 per cent of the terminal’s total moves. Much of this is due to the great result of full load exports, which grew by 20 per cent.

Lastly, APMT Pecém also grew in the export of fruit from the Northeast region to the North American East Coast and Europe.

Over 11,000 containers were handled from January to November, representing a year-over-year increase of 22 per cent.

The terminal has also remained the main gateway for shipments of this cargo segment out of Brazil.

Earlier this month, the container facility announced it will receive four large pieces of equipment in the coming months as part of a multimillion-dollar equipment drive.

Three RTGs, cranes for container operation in the yard, and a ship-to-shore (STS) crane, for ship operation, were acquired. The investment will amount to BRL 150 million ($28.5 million).

The terminal already has two STS cranes in operation and the arrival of a third will increase its productivity and facilitate the operation of two ships simultaneously.