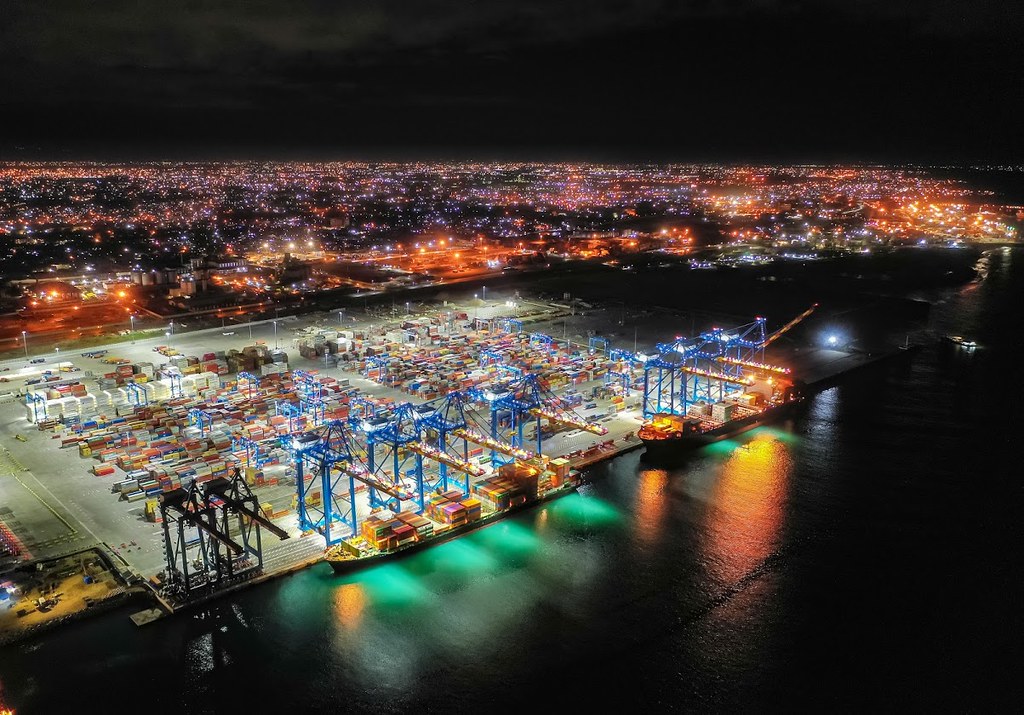 APM Terminals (APMT) has announced the Phase 1 works of the Tema Port Expansion Project has been completed two months ahead of schedule.

Meridian Port Services Limited (MPS), a joint venture between APMT and Bollore Transport and Logistics, was originally due to finish Phase 1 by 28 June 2020.

APMT credited a “combination of a great team work, solid project finance and determined shareholders” for the infrastructure project being ready ahead of time.

The expansion included the building of a new harbour basin along a 3km-long beach directly on the Atlantic Ocean and right on the Meridian Timeline.

It also saw the construction of 1,000 metre long wharf, consisting of three berths and 242 acres of terminal facility om land reclaimed from the sea.

This in itself included all drainage, sewage, water, fire, electrical and IT services, as well as a 60 bay clearance shed for customs, six scanners, several gate facilities and 1,400 reefer container plugs.

Board Chairman of MPS, Dr. Edmund Osei Tutu Prempeh, remarked, “Today is truly a celebration of success, this edifice is evidence that when we put our minds to great things as a country we can achieve because we have a dynamic human resource base as a nation.

“Each member of the team from the Management, Contractors to the Operations team have contributed massively to the completion of this edifice which is now being fully manned by local workforce.

“The responsibility of it living up to its expectation depends on the Operations Team, I have no doubt that they are squarely up to the task to complete our economic transformation to become a hub.”