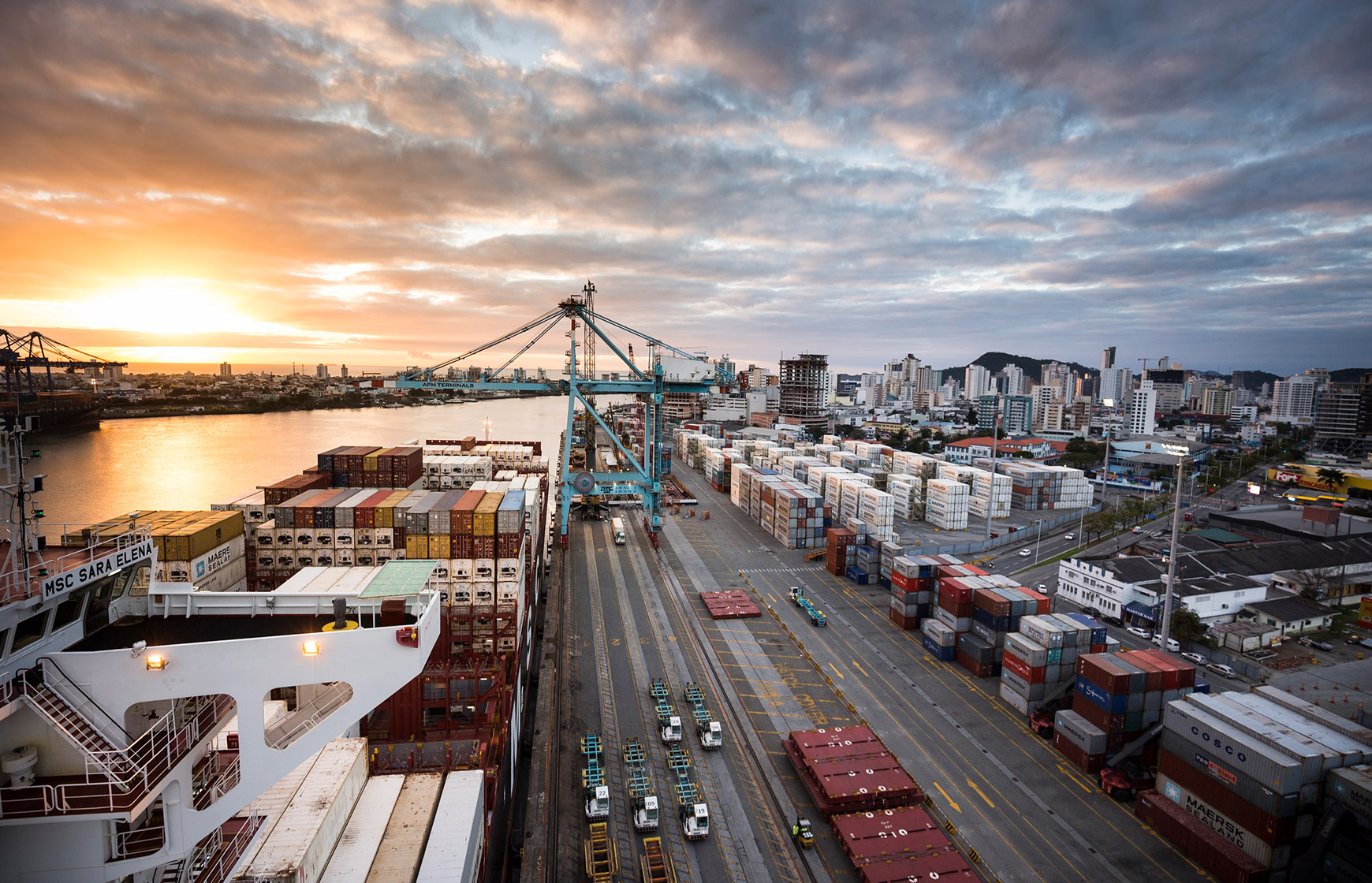 APM Terminals Pecém, Brazil, has set two consecutive records this year with a best-ever September performance of 41,000 TEU followed by a record-breaking October result of 46,705 TEU, according to APM Terminals (APMT).

The terminal operator said the traffic was achieved despite the effects of the COVID-19 pandemic and for the first 10 months, the Pecém Terminal processed 309,051 TEU, a 7.9% increase on 2019.

Furthemore, In the south of Brazil, APM Terminals Itajaí’s volumes grew by double digits in 2020, maintaining the pattern of the last three years. Until October, the terminal had moved more than 457,000 TEU, up 13.4% year-on-year (YoY).

The strategic location of the port within the supply chain for shipping lines and end clients is among the key drivers behind growth in the Northeast. Other factors include bigger ships with larger load capacity, a weaker Real, the economic recovery ahead of special dates including Black Friday, Christmas, and New Year’s Eve events and the efficient operations offered by the terminals.

Volumes have been supported by important advances at APM Terminals Pecém which have enabled the arrival of larger ships, for example. In August, the terminal received the 330m long, 48.2m beam MSC Shuba B, the biggest ship to ever berth in the state. This giant also marked the start of the fruit harvest in Ceará.

Pecém Port also inaugurated berth 10, which increased the terminal’s operational capacity. “To see the cranes running along the tracks was a milestone for APM Terminals Pecém.

Consequently, the 2020 recovery was bigger than expected, according to APMT Pecém Commercial Director André Magalhães. “We did not expect such a strong and fast recovery at the start of the third quarter. Cabotage, with its six regular lines to Pecém, has strongly resisted the COVID-19 impact, consolidating itself as a logistics solution for the region,” he says.

Magalhães adds that the numbers were also boosted by the key fruit harvest, with melons, watermelons, grapes and mangoes from the São Francisco valley destined for US and European markets.

“This year, we started with 17% exports growth in mangoes to the US and APM Terminals handled practically 70% of the whole São Francisco valley market. In terms of melons, we moved 100% of the volumes this year thanks to bigger ships and a bigger commitment from shipping lines with local clients, avoiding any port call cancellations.”