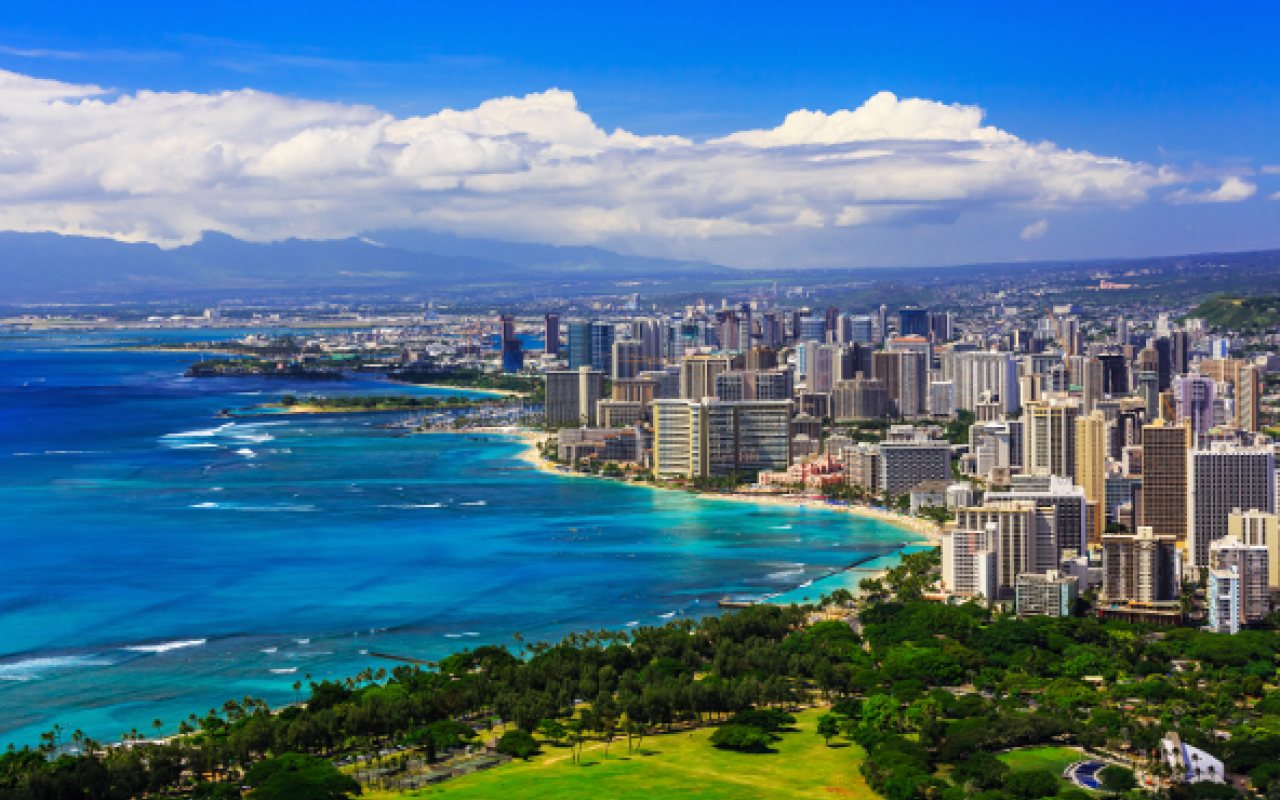 The AEX service promises cargo delivery from Shanghai in China, Busan in Korea and Yokohama in Japan to Honolulu in Hawaii in just 19, 15 and 12 days.

“Instead of routing via the US mainland, shippers with Hawaiian-bound cargo will find a faster shipping alternative in the AEX service.

“To optimally coincide with market activities in the US state, shipments on board the AEX service are scheduled for Sunday arrival in Hawaii for early week cargo availability.”

APL said in a statement that it will serve Honolulu with a fully APL-owned and staffed office and use “local expertise”.

A 990 TEU APL-operated vessel, the APL Aloha, will be dedicated to serve the AEX service.

The APL Aloha will also be joined by three APL-operated vessels that can accommodate 45-feet containers.

The AEX service will serve the ports of Shanghai, Busan, Yokohama and Honolulu.

From the Asian ports where the AEX service is calling, shippers can expect to benefit from extended connectivity to markets such as Hong Kong, South China, Southeast Asia, and the Middle East amongst others via APL’s extensive global network.

The AEX service will commence sailing from Shanghai on 25 July 2017 and arrive in Honolulu on 13 August 2017.

Including the AEX service, APL will be offering a total of 23 services in the Trans-Pacific trade.

Of these, APL offers 18 services as part of the Ocean Alliance and five services outside the alliance.

Also serving two of the Northern Mariana Islands, a commonwealth of the US in the western Pacific Ocean, APL offers the Guam Saipan Express (GSX) service that calls the ports of Busan, Yokohama, Guam and Saipan every week.