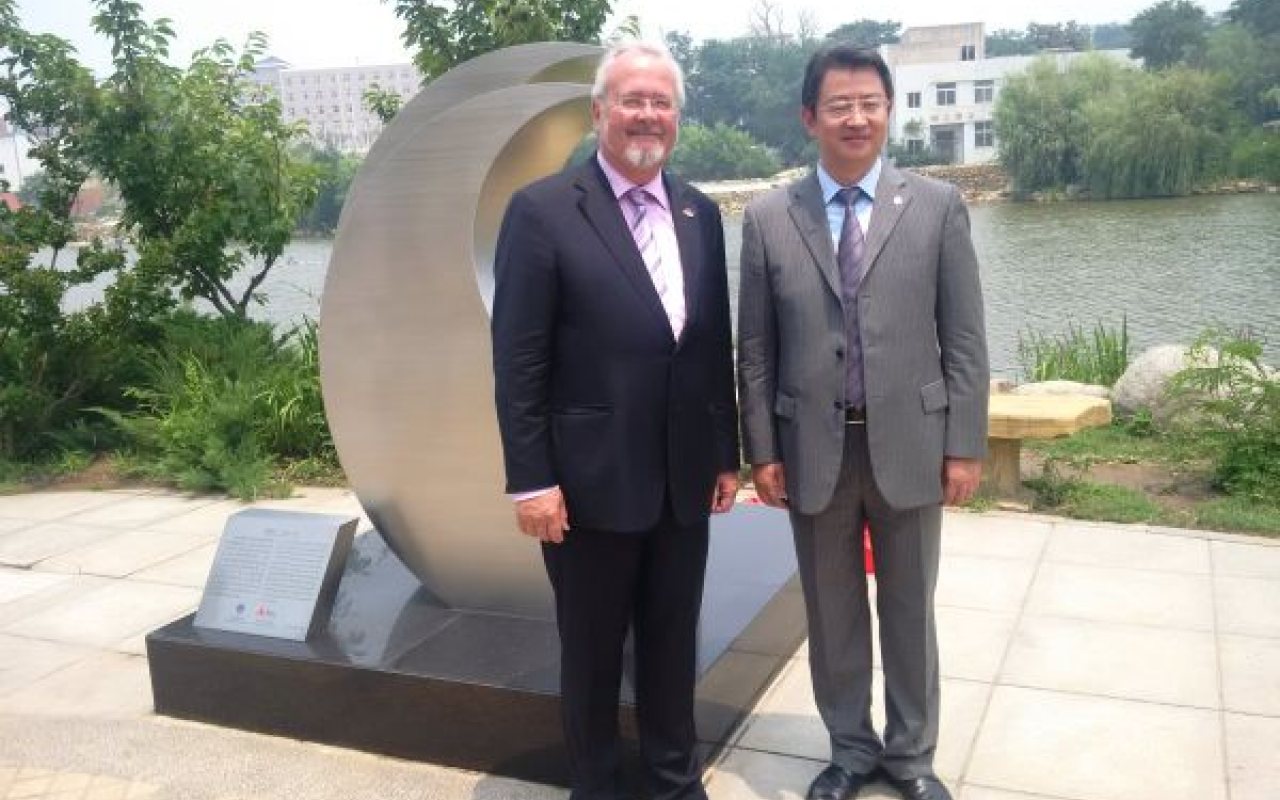 The Port of Antwerp is to collaborate with Dalian Maritime University (DMU) in northern China for the next three academic years.

DMU is a prestigious Chinese maritime university whose alumni include many prominent figures in the shipping industry. In order to permit students to gain experience in the Port of Antwerp, the Antwerp Port Authority has presented awards to students who write a thesis about the port or a logistics-related subject.

The presentation of the awards will form part of the programme for the next three academic years, as part of the continued collaboration.

To symbolise the friendship between Antwerp and Dalian, the Port Authority presented a statue to DMU, which was officially unveiled by port alderman Marc Van Peel and Luc Arnouts, CCO of the Port of Antwerp during their visit to the university.

A first Memorandum of Understanding was already signed between Antwerp Port Authority and DMU in 2014. In this way, Antwerp sought to raise the port’s name recognition among future port professionals in China, while DMU for its part sought wider international recognition.

Technical Paper: 3 Foundational Pillars of the Port of Antwerp

However, relations between the two ports go back much further. APEC, the maritime training subsidiary of the Port of Antwerp, has long collaborated with the Port of Dalian.

PTI has recently launched the PTI-TBA training portal, which aims to enhance training in the container terminal industry, and equip operator staff with the knowledge required to significant boost terminal productivity,

Since 2004, at least one delegation from Dalian attends a tailor-made seminar in Antwerp each year. In 2016, there are two seminars planned for groups from Dalian.

On the occasion of the annual Antwerp trade mission to northern China the two parties decided to extend their collaboration agreement.

During a ceremony at the university DMU chairman Yuqing Sun, Marc Van Peel and Luc Arnouts all signed the new MoU extending the agreement for a further three academic years.

Four students from academic year 2015-2016 were recognised with an award accompanied in each case by an amount of US$549: Zhongbo Liu, Wenwen Guo, Chenrui Qu and Yiwen Dong.

All four students wrote a thesis on a maritime or logistics-related subject.

Marc Van Peel said: “One of the reasons for presenting these Awards is to make students in their home country acquainted with the Port of Antwerp and its advantages.

“At the same time we also support young potentials, which is something we not only do abroad but also at home. We additionally work closely together in this area with Antwerp institutions such as the Antwerp Management School and the University of Antwerp.”

A last part of the visit to DMU was the unveiling of a statue which the port authority presented to the North Chinese university. 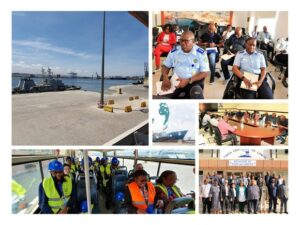