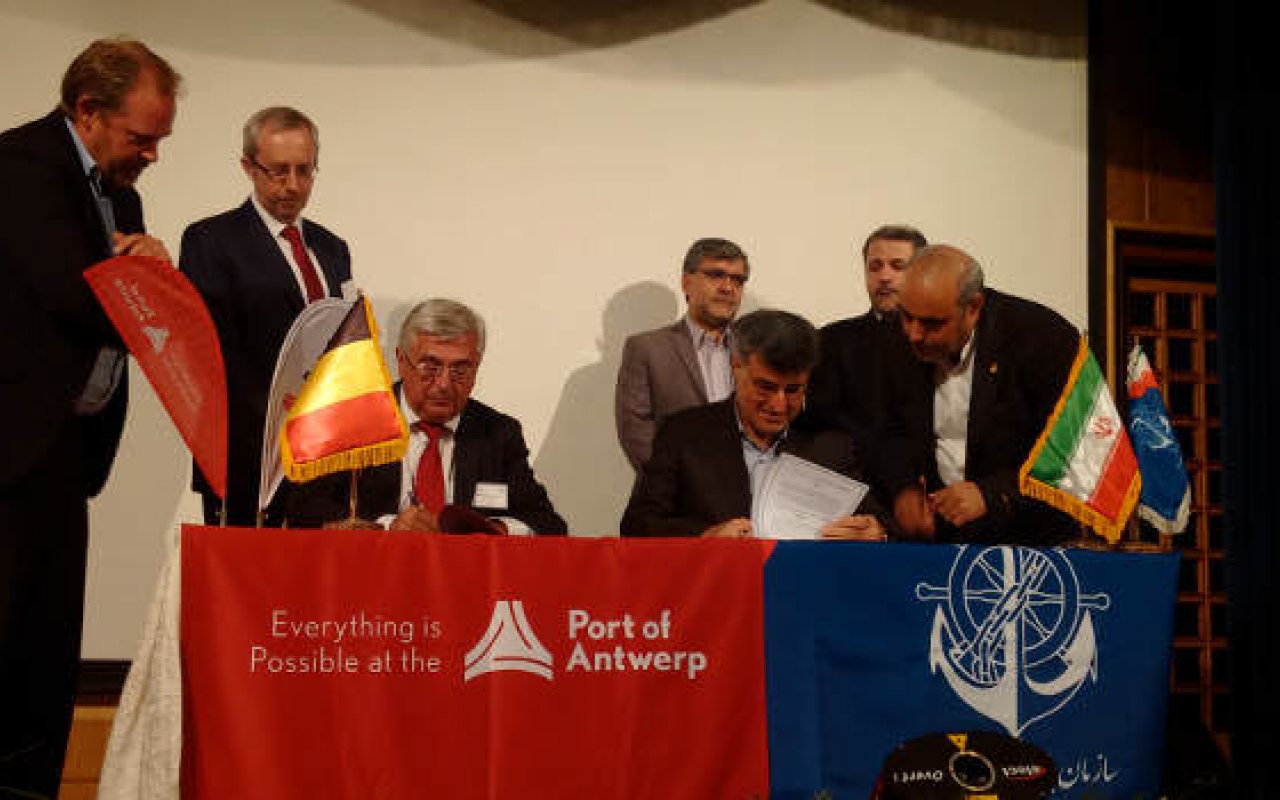 Antwerp Port Authority has signed a collaboration agreement with Shahid Rajaee Port Authority, which controls the Port of Bandar Abbas in Iran.

Bandar Abbas accounts for 90% of the in-and-out-going containers of Iran and for nearly half of the 200 million tonnes of freight handled by the 11 Iranian ports put together.

The Memorandum of Understanding was signed at the headquarters of the Ports & Maritime Organisation in Teheran which is responsible for managing 11 ports. The agreement runs for a period of five years, after which it can be renewed.

Eddy Bruyninckx, CEO of the Antwerp Port Authority, said: “Today we are restoring our trading relations with Iran, a country with great economic growth potential that is also a gateway to neighbouring countries. Antwerp is perfectly situated to support the further growth of the trade with this country.”

Until 2010, Antwerp is said to be the most important European destination port for Iranian cargo, before sanctions were applied.

Technical Paper: The 3 Foundational Pillars of the Port of Antwerp

In March, 2016 the Iranian shipping company IRISL returned to Antwerp with the first container ship since sanctions were lifted. Not only container traffic but also break-bulk and bulk freight are expected to expand rapidly in the next few months.

Under the terms of the MoU the respective port authorities of Antwerp and Bandar Abbas will join forces so that companies in both ports can collaborate closely once more and develop trade between the two regions.

This will involve exchanging information on statistics and port development projects, as well as collaboration in the field of training. With its training subsidiary APEC, the Port of Antwerp has its own institute specialised in giving all sorts of tailor-made training courses.

In order to bring a number of Antwerp companies in contact with the Iranian market, Antwerp Port Authority organised a port seminar immediately after the signing of the MoU, emphasising the advantages of the Port of Antwerp.

In addition to the usual freight categories of containers, dry bulk and breakbulk, the seminar focused on the petrochemical cluster in Antwerp, the largest in Europe.

Fact File: The Port of Bandar Abbas plays an important role within its region for the supply and handling of liquid bulk and crude oil. Other local specialities are the handling of steel products and dry bulk such as grain.