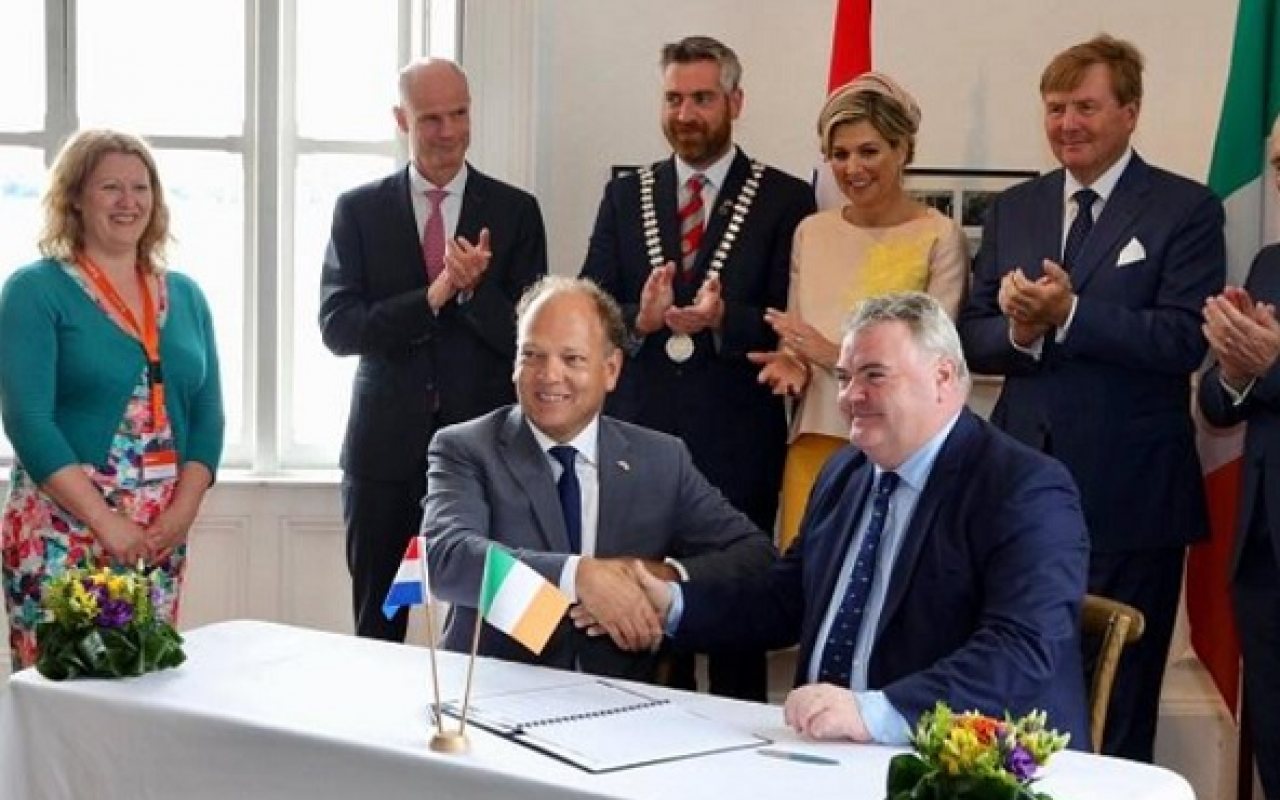 An agreement to collaborate has been formed by the Port of Amsterdam and the Port of Cork, which have both committed to researching areas in which they can strengthen and support one another.

A ceremony to mark the occasion, which took place in Cork on June 14, 2019, was attended by His Majesty Willem-Alexander and Her Majesty Máxima, as well as the Dutch Minister for Foreign Trade and Development Sigrid Kaag.

The Netherlands is the sixth biggest export destination for Ireland, with USD $6.1 billion worth of goods transported to the country in 2017.

In a Port Technology technical paper, FEPORT takes a closer look at the development of maritime logistics in the EU

In addition to this, Ireland imported approximately $4 billion of goods from the Netherlands in the same year, most of which consisted of pharmaceuticals, machines, and transport equipment.

According to a statement, Cork and Amsterdam are cooperating to share their expertise and promote further trade between the ports, while port development, stakeholder management, logistics and mitigating the impact of Brexit will all be key areas of focus.

With the expectation that trade through the United Kingdom will become more expensive and complex, direct shipping connections between Ireland and the European mainland are now seen as more viable.

Gert-Jan Nieuwenhuizen, Managing Director of the Port of Amsterdam, said: “We see many opportunities to work together with Port of Cork, the second largest port of Ireland.

“With an eye on developing partnerships, we look for ports that wish to exchange knowledge and that we can support in successful port development. We research scenarios, look at opportunities and seek to jointly capitalise on these opportunities.”

John Mullins, Chairman of the Port of Cork, added: “Our historical bond with the Netherlands makes that we know each other well, and our joint goals ensure a smooth collaboration.

“Port of Cork is making significant investments to keep developing the port and we have grand ambitions for our commercial position. We look forward to what this collaboration will bring to both ports.”