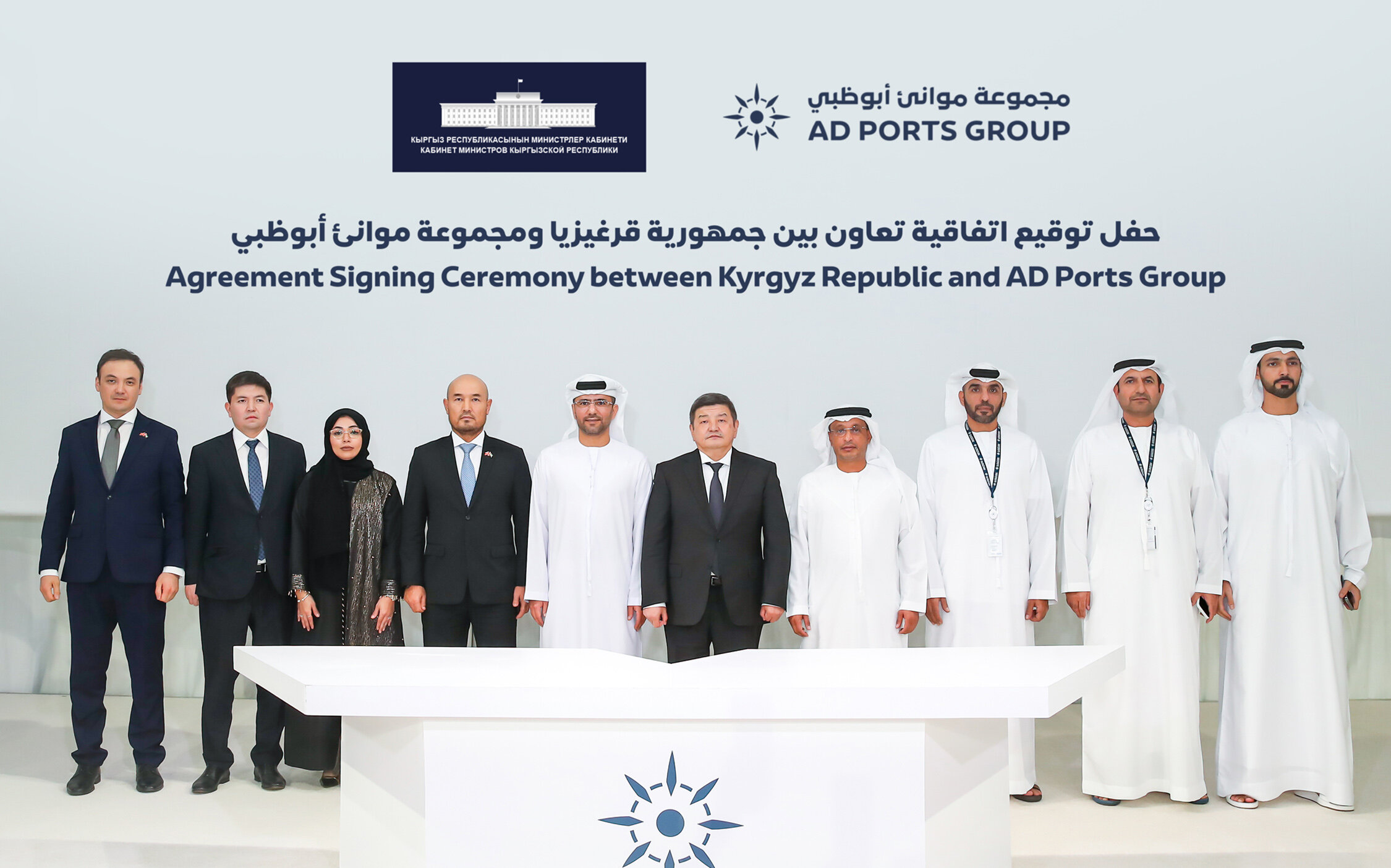 AD Ports Group has signed two agreements with the Government of Kyrgyzstan to promote trade and strengthen economic ties with the Central Asian nation.

Under the first agreement, the Ministry of Economy and Commerce has entered negotiations with AD Ports to secure more than 300,000 square metres of land within the Khalifa Economic Zone Abu Dhabi (KEZAD) to develop and operate a logistics hub and customs area.

The project aims to facilitate the import and export of cargo to and from the Kyrgyz Republic.

“Our preliminary agreement with the Ministry of Economy and Commerce of Kyrgyzstan will be the beginning of a new chapter in UAE-Kyrgyzstan relations, with the plan for a logistics hub and customs area providing a focal point for economic development and trade between our nations,” said Abdullah Al Hameli, CEO of Economic Cities & Free Zones, AD Ports.

“Companies will benefit from enhanced customs processes and accelerated access to market through the new trade hub, which will be supported by KEZAD’s strategic location and superlative range of specialised services.”

Under the second agreement, Maqta Gateway – AD Ports’ digital arm – will initiate a strategy for the Ministry of Finance for developing a customs and border management solution, infrastructure, and national single window, among other digital services, for deployment in Kyrgyzstan.

Both agreements build upon the group’s strategy to expand its presence in Central Asia.

“Under the guidance of our wise leadership, the group continues to expand its presence around the world, and we see Central Asia as a vital market for growth and development.”