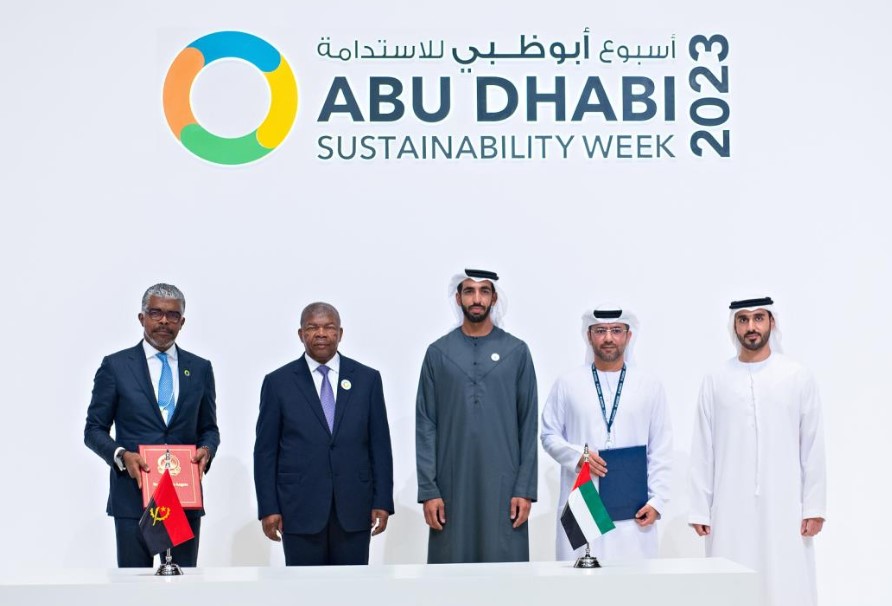 AD Ports Group entered into a framework agreement with the Ministry of Transport of the Republic of Angola During Abu Dhabi Sustainability Week 2023.

This was done to begin collaboration on the development of maritime services and infrastructure across the country, alongside enhancing maritime connectivity along Africa’s west coast.

This comes AD Ports Group has just signed Strategic Agreements with KazMunayGas and a Memorandum of Understanding (MoU) with Kazakhstan’s Ministry of Industry & Infrastructural Development, as part of their global expansion plan.

The Group has also entered into a Head of Terms agreement to form a joint venture with state-owned logistics and transportation company UNICARGAS, which manages the multipurpose terminal at the Port of Luanda.

This port is Angola’s busiest port and handles more than 70 per cent of the country’s international imports and 80 per cent of its non-petroleum exports.

The new joint venture, with majority ownership by AD Ports Group, will work to modernise, manage, operate the multipurpose terminal and the logistic business of UNICARGAS.

Areas highlighted under the strategic framework agreement with the Ministry for potential future joint investments include ferry and cabotage services, maritime passenger terminals, logistics platforms, alongside a Maritime Academy in Angola.

Mohamed Juma Al Shamisi, Managing Director and Group CEO, AD Ports Group, said: “We are focused on building fast and efficient maritime trade routes, and we are pleased to bring our robust knowledge base to Angola and the ports located on Africa’s west coast.”

Ricardo Viegas D´Abreu, Minister for Transport of the Republic of Angola, commented: “Modernising our port infrastructure is a vital step for Angola to maximise the potential of our natural resources and promote economic growth for the benefit of our people. We are delighted to enter into the framework agreement with AD Ports Group and to benefit from its established knowledge and expertise as a global maritime player.”

“We are delighted to work with AD Ports Group, which has the technical and operational expertise to take services at the terminal to the next level.”

These latest developments add to AD Ports African operations which include a $6 billion deal with Sudan to develop operate the Abu Amama port and economic zone on the Red Sea.