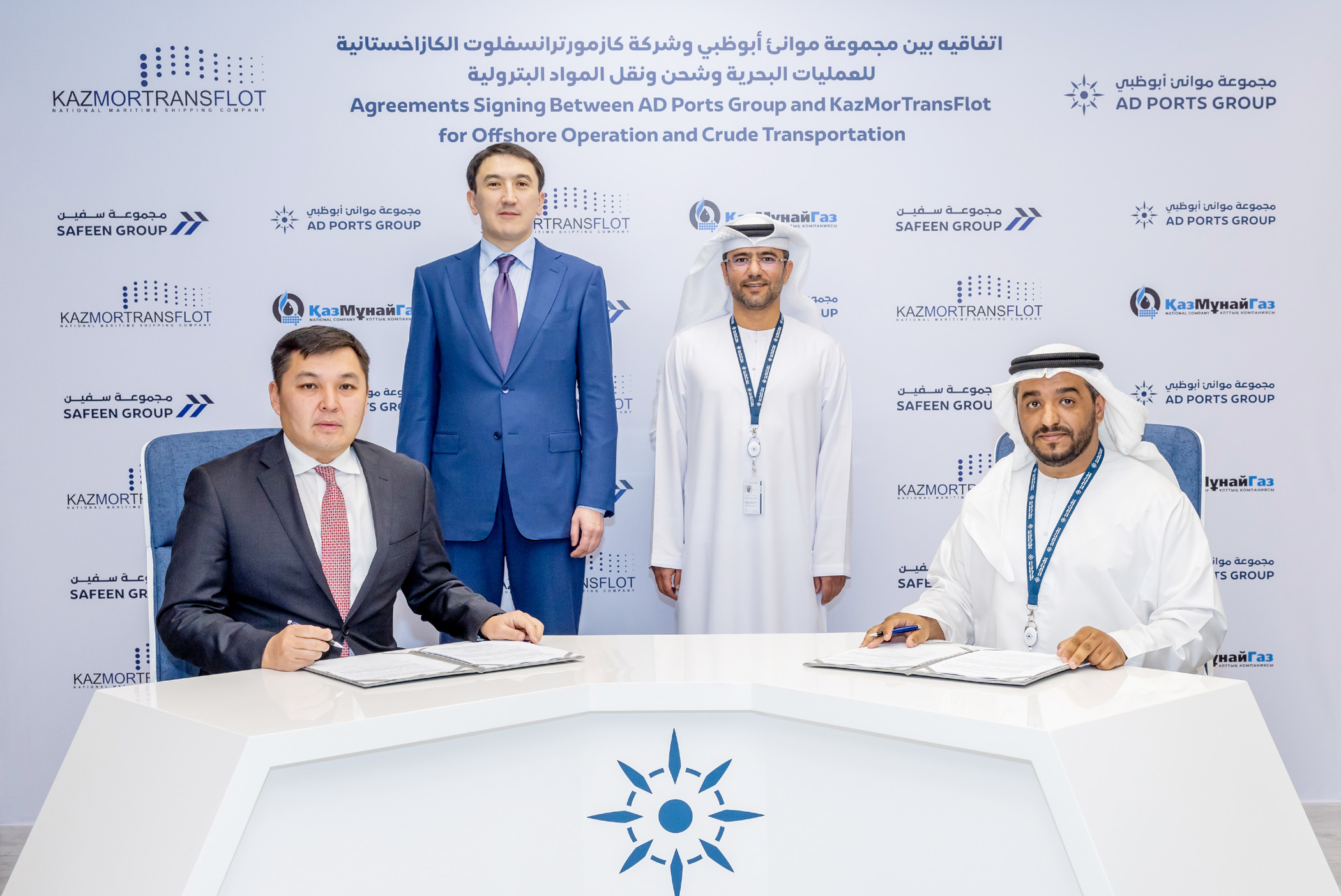 A new joint venture will provide offshore and shipping services for energy companies operating in the Caspian and Black Sea.

This shareholder agreement signed by the two parties grants 51 per cent ownership to AD Ports and 49 per cent to Kazakh National Oil subsidiary, KMTF (Kazmortransflot).

The venture will also offer other services including integrated offshore logistics and subsea solutions, and is prospected to offer container feedering, ro-ro, and crude oil transportation at a later stage.

The enterprise will tender for a number of identified projects with estimated maritime contract values of more than $780 million.

This project is expected to give rise to many opportunities within the Caspian sea and Black sea region, particularly with the the ongoing upgrades of fleets and facilities and the multi-billion-dollar expansion of the Kashagan Field.

Their partnership includes the provision of several tankers for the international transportation of crude oil.

This agreement will also see a collaborative effort from KMTF’s fleet and SAFEEN Group’s existing AFRAMAX tanker, with intent to acquire further vessels in the short-term.

Their goal is to collectively transport 8-10 million tonnes of crude annually in the medium-term.

H.E. Falah Mohammed Al Ahbabi, Chairman of AD Ports Group, said: “This new joint venture with KMTF opens the door to enormous opportunities in the Caspian Sea, which plays a key role in global energy production, and is serviced by prominent players within the energy sector.”

Mirzagaliyev Magzum, Chairman, KazMunayGas, said: “As the world looks for reliable energy sources in challenging conditions, we will be able to provide a full portfolio of services supported by a modern fleet and teams of experts combining local knowledge and global experience.”