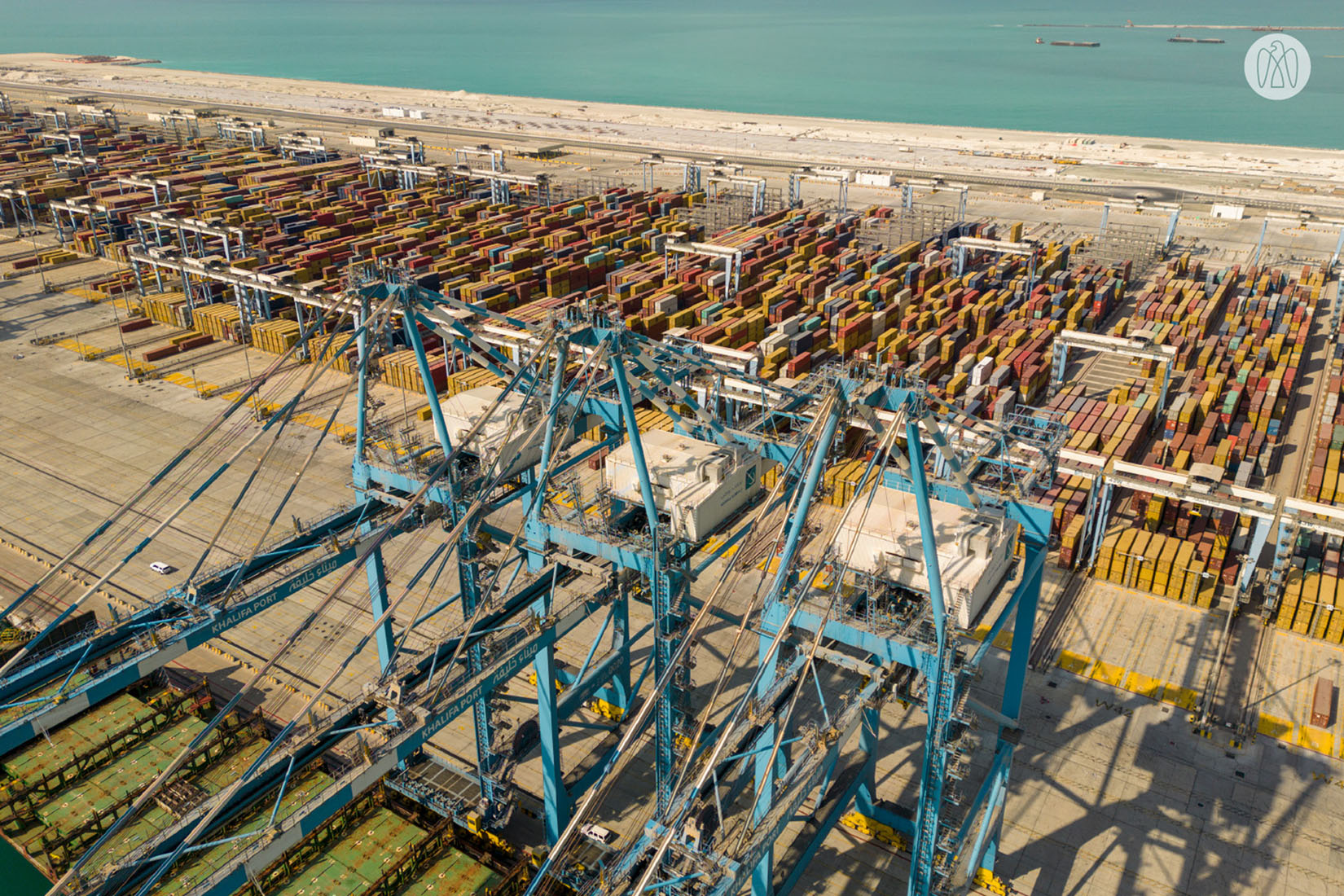 The President, Sheikh Mohamed bin Zayed Al Nahyan, attended the inaugural ceremony with representatives from AD Ports, where they discussed future plans for the port.

“Khalifa Port Expansion is a major national project that is considered an important addition to the UAE’s ports and logistic services and will further enhance the UAE’s position in the global trade”, said the President.

“Khalifa Port, along other national ports, are important cornerstones to the development and diversification of the national economy”.

The quay wall has been extended from 2.3 kilometres to 12.5 kilometres. It now provides 21 berths and offers a range of services to position it among leading deep-water ports, according to AD Ports.

“We are honoured to welcome His Highness Sheikh Mohamed bin Zayed Al Nahyan, President of the UAE, to inaugurate the Khalifa Port expansion, which is a vital national project to support the direction of our wise leadership to position Abu Dhabi and the UAE at the frontier of global trade,” added Falah Mohammed Al Ahbabi, Chairman of AD Ports Group.

“Today, Khalifa Port is one of the most advanced deep-water ports in the world. By continuing to expand our operations internationally, we are honouring the memory of the leaders who placed us on the path to progress. We have continued to reach new heights and deliver outstanding results through our expertise and global focus.”

In November, AD Ports announced its financial results for the third quarter of 2022, posting a year-on-year (YoY) profit growth of 77 per cent.