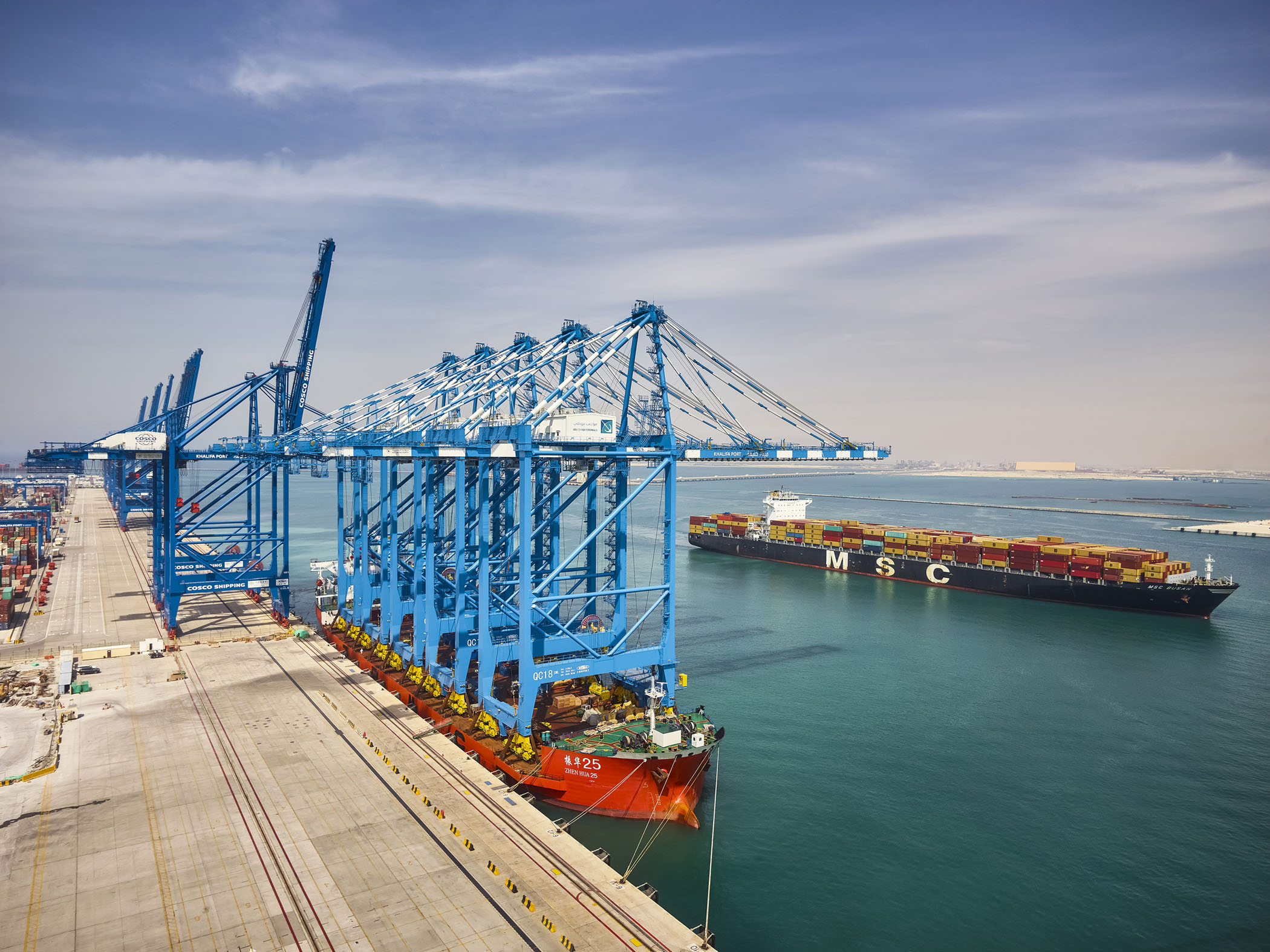 As part of its ongoing expansion efforts, Abu Dhabi Terminals (ADT), has announced the delivery of its latest batch of ship-to-shore (STS) cranes.

Abu Dhabi Terminals is the Management Company and operator of Khalifa Port Container Terminal (KPCT), the region’s first semi-automated terminal and one of the most technically advanced.

The five new cranes each with a 73m reach, 52m height and a lifting capacity of 90 tonnes are integral to ambitious plans that aim to increase capacity at KPCT to 5 million TEU by the end of 2020.

Ahmad Al Mutawa, Abu Dhabi Terminals CEO, said: “The purchase and delivery of these cranes demonstrates how continuous investment in our infrastructure and technology, helps us exceed customer expectations by constantly delivering the most efficient operational performance.

“Our current expansion project of Khalifa Port Container Terminal sets a new benchmark for container terminal expansion in the region, and ensures that ADT can continue to deliver world class levels of operational performance to our partners, customers and shareholders well into the future.”

Captain Mohamad Juma Al Shamisi, Group CEO, Abu Dhabi Ports and Chairman of Abu Dhabi Terminals, said: “Thanks to the wise strategic guidance of the leadership’s Economic Vision 2030, Abu Dhabi Terminals at Khalifa Port is well positioned to complete its expansion in record time and ahead of schedule, validating our commitment to becoming one of the leading container terminal operators in the world.”

ADT purchased the ultra-modern cranes from Shanghai Zhenhua Heavy Industry Co. Ltd. (ZMPC) in China. This milestone follows the recent arrival of a batch of Automated Stacking Cranes which are also part of the expansion project, taking the total number of cranes at the terminal to 22.

The final phase of ADT expansion will see the Terminal linked to the Etihad Rail network providing direct rail connections across the UAE and regionally.