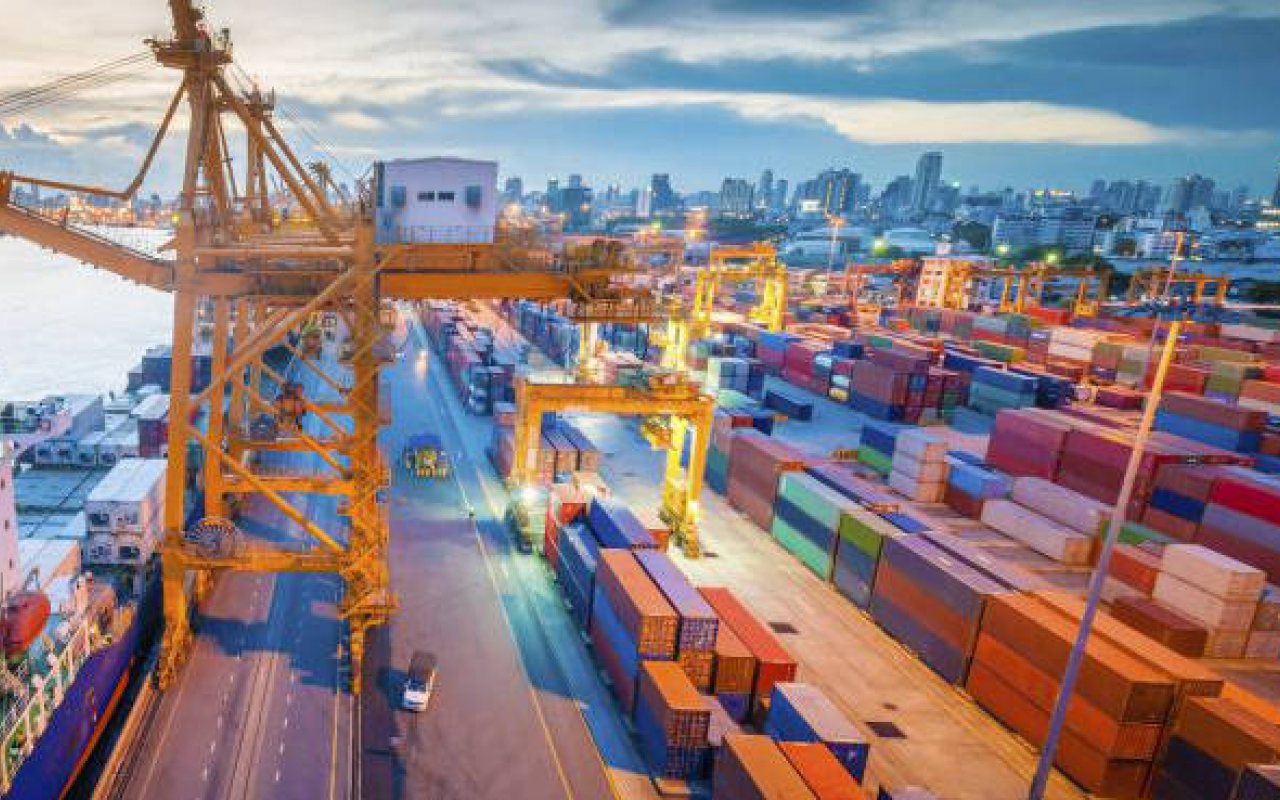 The container terminal industry may well have to learn to live with higher risks and lower returns, maritime industry professionals were told on day 1 of the TOC Europe Conference & Exhibition, which is taking place from June 14-16 at the Hamburg Messe, Hamburg, Germany.

Speaking in the TOC Container Supply Chain (CSC) conference, Neil Davidson, Senior Analyst – Ports & Terminals, at Drewry Maritime Advisors, explained how the aftermath of the 2008-09 financial crisis has been followed by several years of readjustment in global trade flows.

The results have proved deeply challenging to container terminal owners and operators, as well as their shipping line clients. An era of strong demand growth has been transformed into one of weaker demand growth.

Meanwhile, the exponential growth in vessel size, along with much bigger and more complex liner alliances, has seen falling returns for terminal operators.

The creation of the new alliances has only served to raise the volatility of port market shares, which is feeding into a period of uncertainty about market direction and demand growth.

Mr Davidson posited some possible solutions for terminal owners out of this impasse, including more alliances – or even more mergers and acquisitions. Further joint ventures between terminal operators and shipping lines could also be possible.

One particular route to investment in container supply chain infrastructure is being pursued by China’s government, through its “One Belt One Road” (OBOR) transport network.

During the CSC conference Professor Hercules Haralambides, President of Haralambides & Associates and a veteran transport consultant told delegates that OBOR should be understood in the context of the country’s strategic geopolitical objectives rather than simply providing the infrastructure for its exports.

Professor Haralambides said: “There are investments in the Australian port of Darwin, as well as the Nicaragua canal, which despite financing difficulties is still on the table, and so I see the OBOR becoming a global ‘around-the-world’ policy that will sit in competition with the transpacific trade partnership (TTP).”

Professor Haralambides said that the two European ports the Chinese authorities are focusing on the most are Piraeus, in Greece, where Chinese terminal operator Cosco Pacific now has the concession to manage container operations, and the Italian gateway of Venice.

“You should also look at Port Said – the Chinese are taking a great interest in East Port Said because they see Suez as an alternative to Panama. The picture is that the Mediterranean and Suez are becoming more important vis-à-vis serving the US east coast, which could possibly be done better from there than via Panama.

Professor Haralambides concluded: “This is not just about transport investment, but should also be seen in the context of geopolitics and strategic objectives.”