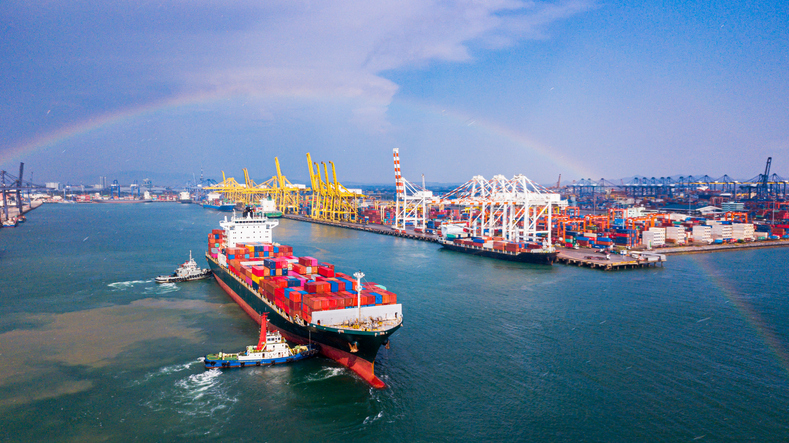 The container shipping industry fundamentally changed in 2020 and will face another uncertain 12 months as the COVID-19 pandemic continues to affect demand and capacity, in particular the Trans-Pacific shipping routes.

The change has come about not because of the COVID-19 pandemic but rather because of how the carriers responded to it.

This is according to Alan Murphy, Founder and CEO of consulting group SeaIntelligence, speaking during the ‘Container Shipping Outlook: Analyzing the Trans-Pacific’ webinar from JOC and IHS Markits.

The webinar, held on 4 February 2021, explored the industry’s performance in 2020 and the underlying reasons behind the congestion at US West coast ports.

Murphy also said it was almost impossible to predict how capacity will be affected in 2021 because the industry had seen severe fluctuations since the outbreak of the pandemic.

Even though volume fell at the start of the pandemic, carriers were able to remain profitable by maintaining high freight rates, which they did so by reducing services, known as blank sailings.

This, according to Murphy, showed that carriers had learned their lesson after a decade of oversupply and were willing to pull services to balance supply and demand.

They did not respond as if the crisis was a demand problem and reduce freight rates but approached it as if it was an issue of oversupply and cut services instead.

This has allowed many of the world’s largest carriers to maintain healthy revenue, even while demand fell, but while blank sailings have continued, the current phenomenon facing some US ports is rather one of congestion on the US West coast.

Why is demand so high?

Since slumping drastically at the end of 2019 and early months of 2020, the container shipping industry has seen a substantial increase in demand as China has resumed exports.

This caused volume and container handling move records at some US West Coast ports in November and December 2020 and has also meant congestion as carriers utilise every vessel in their fleets to clear the backlog and meet increasing orders.

“Supply on east-west trade lanes far exceeds anything in the last 10 years,” Murphy said. He explained that the rush to transport goods across the Pacific was entirely driven by consumer demand in North America, in particular the US.

This in turn is causing the unusual market demand of demand, supply and blank sailings all increasing at the same time.

The congestions at US West Coast ports is so great that in some cases vessels are not making it back to Asia in time to collect the next load of cargo and that extra loaders are being used to fill the gap.

Blank sailings, usually a sign that supply is falling, are not really blank sailings in this instance, Murphy said.

Furthermore, the east-west demand rush is itself being driven by the pandemic, something which is clear in the type of goods transported across the Pacific at the end of 2020.

Between September and November, the most popular goods, Murphy said, are furniture and home equipment and these account for 39% as people become accustomed to work from home on a long-term basis.

Other areas, such as toys and electronic machinery saw increases of between 20-40%. However, Murphy also said that it was likely these represented many one-off purchases which will probably not mean demand levels remain as high as they are now.

In fact, it is likely that once the pandemic abates and vaccines are rolled out consumer spending will swich from goods to services. This could mean demand in the US returns to normal levels and congestion at the major gateways with China and Asia eases.

Murphy went further and said there was no longer any clear connection between “macroeconomic fundamentals or any economic indicators” in the container shipping market and while it was possible to guess, forecasting the future with any accuracy is very difficult.

Murphy claimed the market slump in 2020 equated to the same result as five Chinese New Year festivals, the time when factory production in China stops and container volume falls, and some trade lanes fell by 50%.

By April 2020, container traffic on the Trans-Pacific had fallen by 13% year-on-year (YoY) but had recovered surprisingly quickly and sharply.