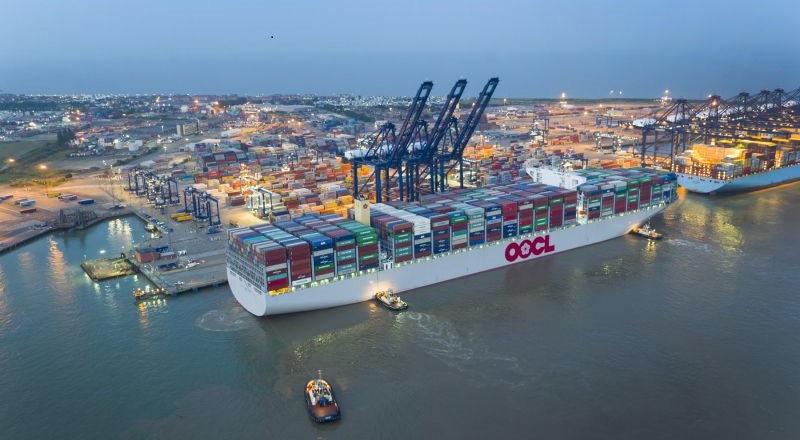 The ongoing crisis at the UK’s Port of Felixstowe could impact up to nearly $2 billion of trade imports, according to analysis by the Russell Group.

Clothing would be the largest commodity to be impacted by the delays. The backlog at Felixstowe, which handles 36% of the UK’s containerised freight, is partly caused by a shortage of lorry drivers causes delays in moving containers.

Maersk is diverting its container ships from Felixstowe. The carrier has also steered reefer equipment into London Gateway to support a smooth equipment flow and meet its evacuation plans, while also offering additional storage at Tilbury Port to avoid negatively impacting its yard density.

Analysis by Russell shows that many companies with a significant presence on the UK high street would be affected by the delays, with Asda ($63 million) and Tesco ($46 million) most exposed to the disruption as they import clothing items.

The modelling was based on ten weeks of trade from 12 October to 25 December (modelled on 2020 figures).

Suki Basi, CEO of Russell Group, commented on the figures, “The delays at Felixstowe in coping with the pent-up demand should not be a surprise to experienced observers of global trade events, as this is an issue that is affecting major ports from Long Beach to Yantian across the world.”

“We have a variety of port gateways around the UK and they are continuing to keep the country supplied.”

Ballantyne added that sending empty containers back to Asia and other locations has been “challenging but the shipping industry is doing its best to meet global demands.”

“Container ports around the world are dealing with backlogs in containers, originally stemming from the post COVID-19 lockdowns when we saw surges in activities and pressures on cargo storage,” he said.