Bromma is the industry’s most experienced spreader manufacturer, known worldwide for crane spreaders of exceptional reliability.

In all, more than 14,000 crane spreaders and rotators have been put into service since the 1960’s.  More than 9,000 of these are in operation today around the globe. Bromma has delivered spreaders to more than 500 terminals in over 90 countries in 6 continents. Today, Bromma manufactures close to 2,000 spreaders of all types per year. In fact, anywhere you go, if you work where containers are transported, you’re likely to see a Bromma spreader in action.

Bromma is the technical leader in our industry, having developed the first telescopic spreader, the first twin-twenty spreader, the first 45 foot spreader, and the first all-electric spreader line. Bromma’s testing, manufacturing, and service systems are also first-rate. Our finite element modeling software allow us to study, model and analyze stresses within the spreader so we know how it is going to handle accumulated fatigue – how it is going to hold up under year-after-year of punishing service. Likewise, prior to delivery, every spreader undergoes extensive testing of functions such as twistlocks, flipper arms and telescopic movements.

With our extensive network of offices and partners around the world, no one supports spreaders like Bromma. Bromma’s total quality management program has resulted in Bromma factory being awarded ISO9001, ISO14001, OHSAS 18001 and ISO3834 certification – the first spreader manufacturer to be so recognized. Cutting edge technology is only one reason why customers choose Bromma.

Just as important as our technical leadership is our philosophy of standing behind our products. Bromma is a company that customers can rely on. 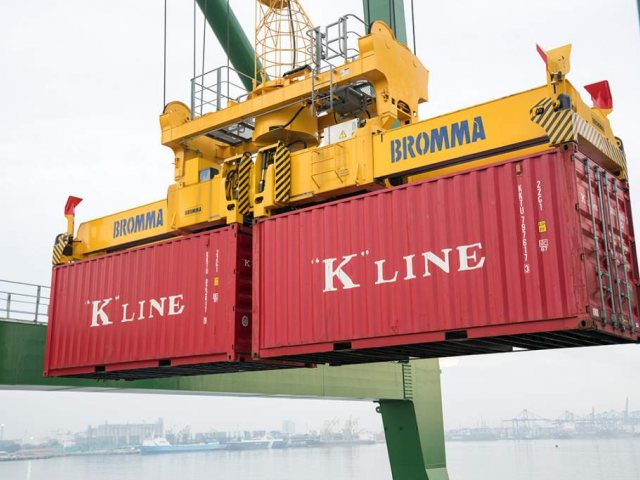 STS45 is a hydraulic separating twin-lift spreader for use in ship-to-shore cranes. The STS45 spreader is the industry standard for ship-to-shore container handling and it is one of the markets most versatile and flexible spreader. 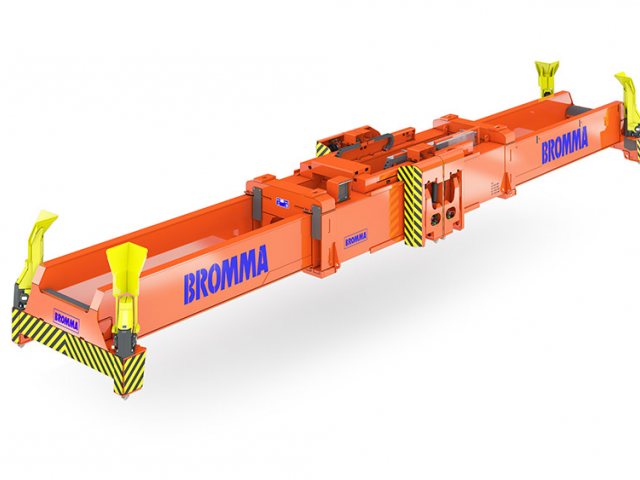 STS45 is an all-electric separating twin-lift spreader for use in ship-to-shore cranes. Bromma has been able to make the STS45E lighter through more intelligent design. Mechanical functions that perform the separating twin motion have been replaced by a new electrical concept, which allows weight reduction. At only 11.7 metric tons, the STS45E will save energy compared to competing brands. 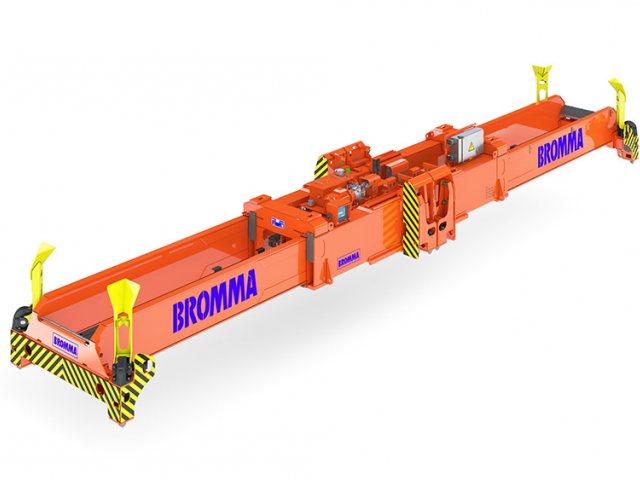 STS45LW ship-to-shore spreader is a light-weight separating twin-lift spreader, ideal for use on cranes that are rated to lift less weight. STS45LW weighs only about 10.5 metric tons, which is about 2.2 metric tons less than a traditional STS45. This is one of the market’s most versatile and flexible spreaders, the twin-lift function makes it possible to lift a broad variety of container sizes and combinations. 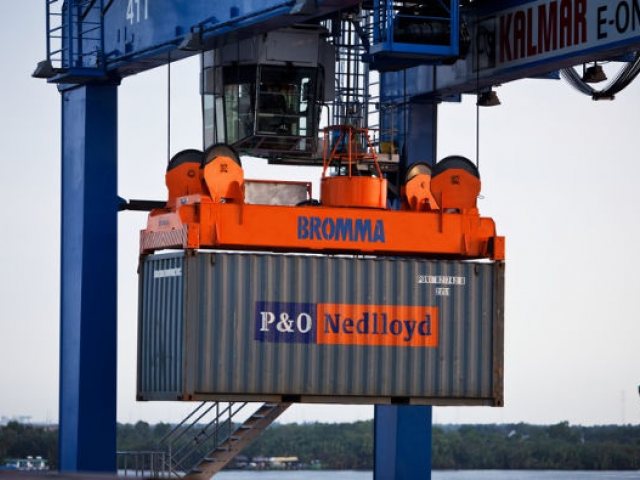 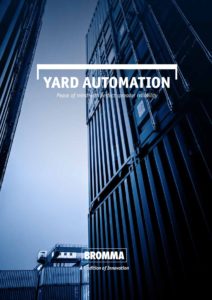