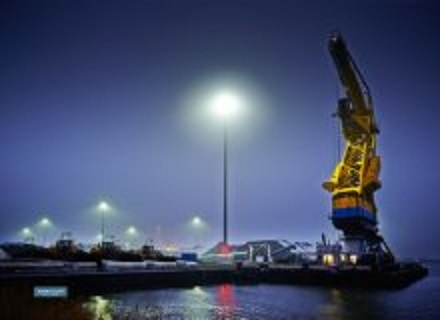 AAA-LUX designs, develops and supplies high-power LED floodlights for large areas and sports facilities. The luminaires and light control management system combine the new technologies and components that are about to change the use and perception of light forever.

When people and assets are spread over a large area, only lighting of the highest standard assures their safety and security. Employees who feel comfortable and safe in their workspace deliver higher productivity.

AAA-LUX high-power LED floodlights and Wireless Lighting Control Management Systems (LCMS) allow end-users to decide when, where and how much illumination they require.

Owners and operators of sports facilities have full control over the flexible system, which enables them to dim illumination levels without making a concession to uniformity and quality. This flexible use also contributes to improving relationships with stakeholders (e.g. neighbours, flora and fauna) as energy consumption and light pollution is reduced.

Making the benchmark become the standard!

2012
• Invitation accepted to produce a LED solution to illuminate aprons at Amsterdam Schiphol Airport.
• Introduction of a multidirectional LED floodlight (360 degrees) that uses only one luminaire.